If you happened to be at the London Design Festival in early 2010, chances are you stopped by Clemens Weisshaar and Reed Kram’s OUTRACE installation – which invited the general public to take control of eight industrial robots on loan from Audi’s production line and use them to write personal light messages that were recorded and shared as video files.

Well, the designers are at it again and want to invite the general public to play with industrial robots used for manufacturing directly from the comfort of their armchairs.

From March 16th-20th, the designers’ ROBOCHOP installation at the CeBIT 2015 in Hanover, Germany will invite 2,000 users to design and fabricate a piece of furniture in real time online using an industrial robot that the user will ‘control’.

In total, the installation will consist of four KUKA Quantec KR150 r2700 extra industrial robot arms and 2,000 bright yellow high-density expanded polystyrene (18kg/m3) cubes. To fabricate each of the 2,000 unique cubes, the robotic arms will move the individual blank cubes along a hot wire cutting tool with integrated coaxial cooling and sensor triggered in-process control of the cutting speed to create each individual cube design. 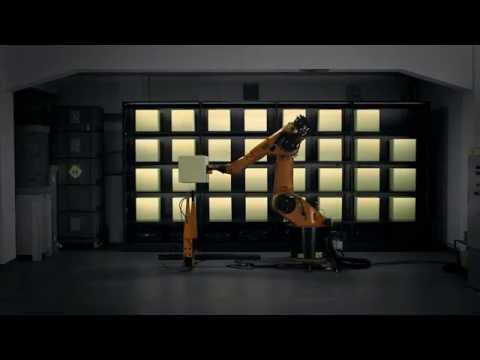 “Instead of just talking about the Internet of Things, we will be clearly demonstrating just how advanced the interlinking of the physical and digital worlds already is,” said Ulrich Dietz, CEO of the GFT Group.

For the five-day period of the installation, users who log in to the web app will be able to claim one of the 40 x 40 x 40 CM cubes and design it however they see fit using the app’s built-in slicing tools.

The finished designs will range from functional objects including chairs and night stands to abstract sculptures. For those who are able to be amongst the first 2,000 creators, the GFT Group will personally contact them and send them their design after the installation has completed. 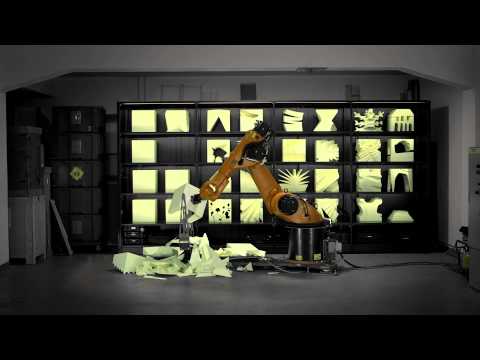 Find out more and try it out for yourself by heading over to ROBOCHOP.

The Winner of a One-Year Onshape Professional Subscription Is…