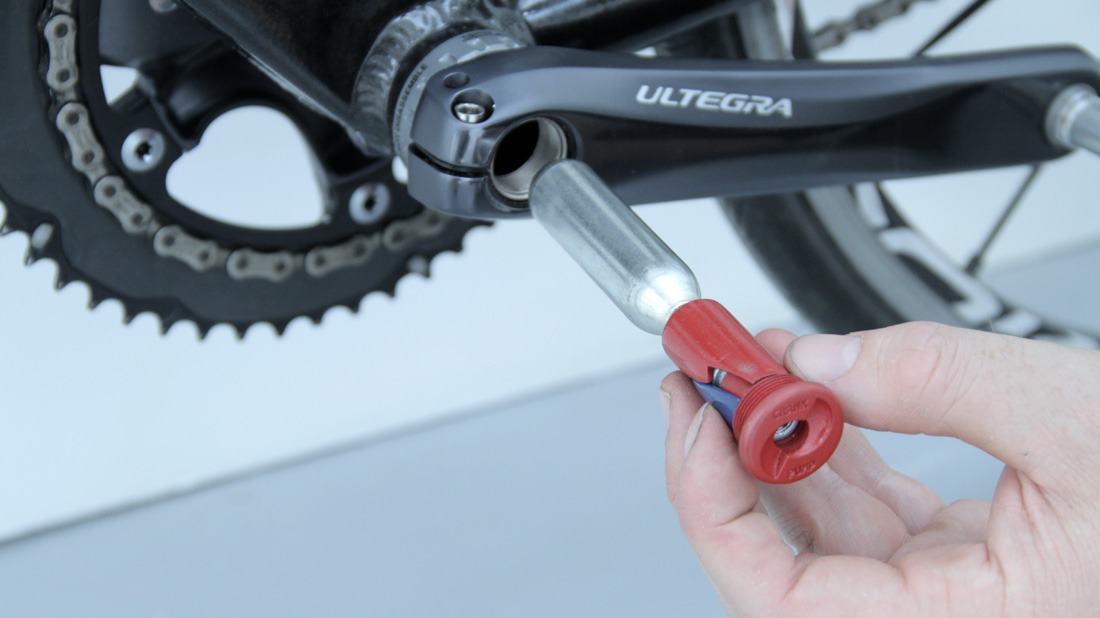 CrankPump Puts A Foot Down on Hidden Bicycle Pump [Interview]

Modern bicycle cranks have a hollow space the perfect shape and size for a CO2 canister. To use it, all you need is a CO2 pump made the right shape. That’s what CrankPump is: a CO2 pump shaped to hold a CO2 canister securely in an axle. So very clever and inventive; the idea got us excited enough to dig deeper and get in touch with designer Damon Millar, to know more about this Kickstarter project.

SolidSmack: Where did the inspiration come from?

Damon: It began with aerodynamics. After leaving Formula 1, I got interested in bike design, and talked a lot with Graeme Person, of Pearson Composites, who makes one of the world’s fastest and most beautiful time trial bikes, out of his small workshop (http://pearsonbikes.com/bicycles.php). 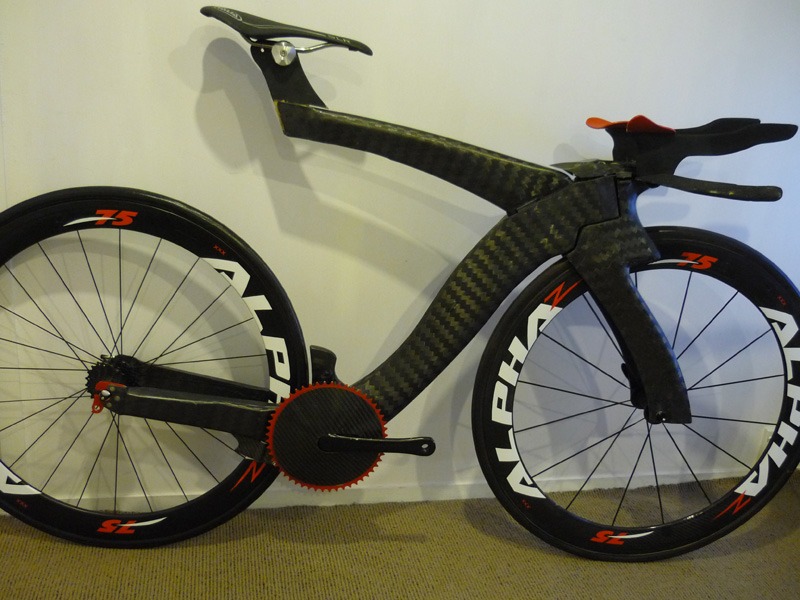 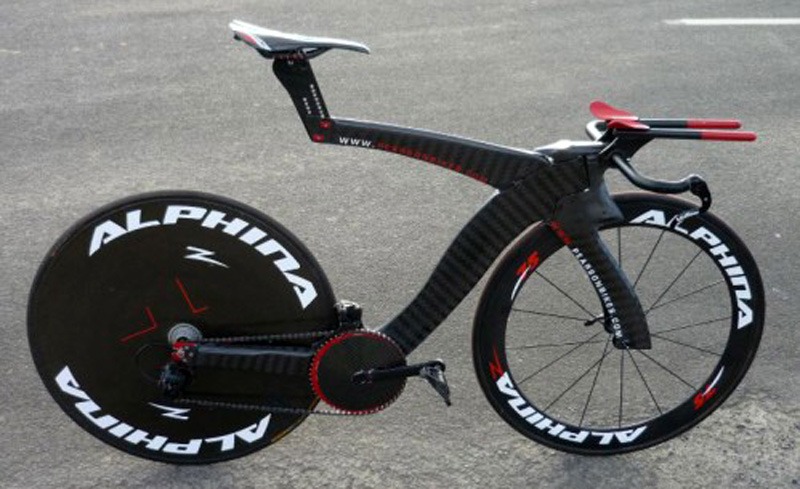 I started helping him with wind-tunnel simulation, and discovered that small changes can make very big differences. I began thinking about all things that hang off your bike – how your bike looks sweet when you buy it, but by the time you take it on the road, it’s lumbered with bottles, saddle bags and pumps. Those things aren’t just ugly, they are bad for drag and just plain inconvenient – almost everyone I talked to had lost a bike pump somehow, and loads of people didn’t even bother bringing one for short rides.

That’s when I noticed what you see in this picture…

Wasn’t it crazy that nobody else had noticed that the pump was exactly the same size and shape as the crank axle?

What if I could make a pump the perfect size for the crank? Innovation RCA thought it was a good idea, and allowed me to incubate the idea with them. 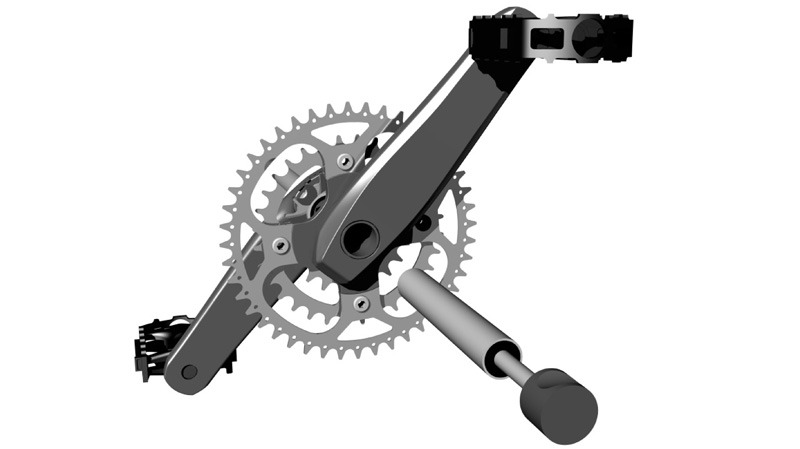 If I could find a way to put fit a pump into the crank axle, maybe I could get a patent on it… but once you start looking, the patent record is littered with “way of putting a pump inside bicycle tube”.

Why does nobody use them? Because they are inconvenient and need the bike frame to be changed. I started looking at ways to make a crank pump much more convenient to attach. 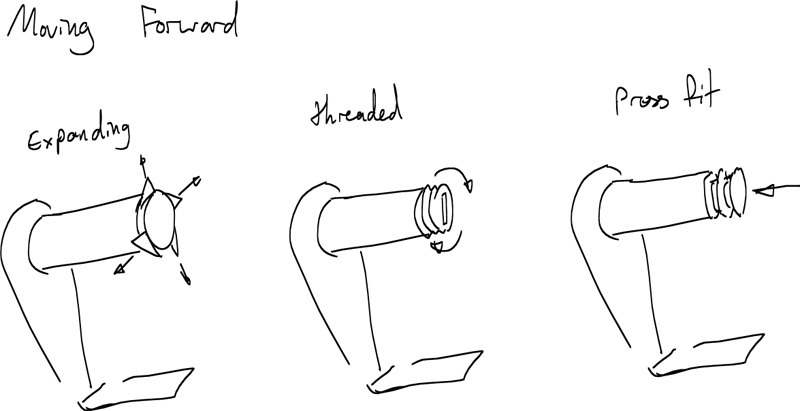 Studying the bike market made it clear that Shimano has more than half of the market for hollow cranks, and their axle is unique in having a plastic cap that screwed into cover the axle. 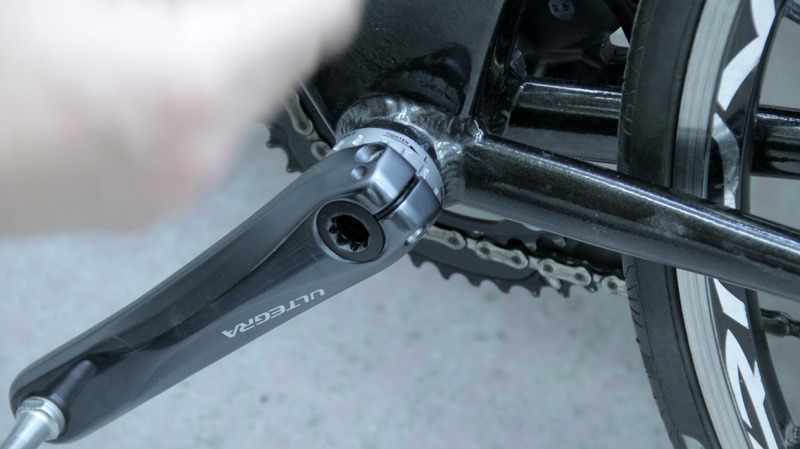 I began considering ways I could replace that cap with something you could easily unscrew. 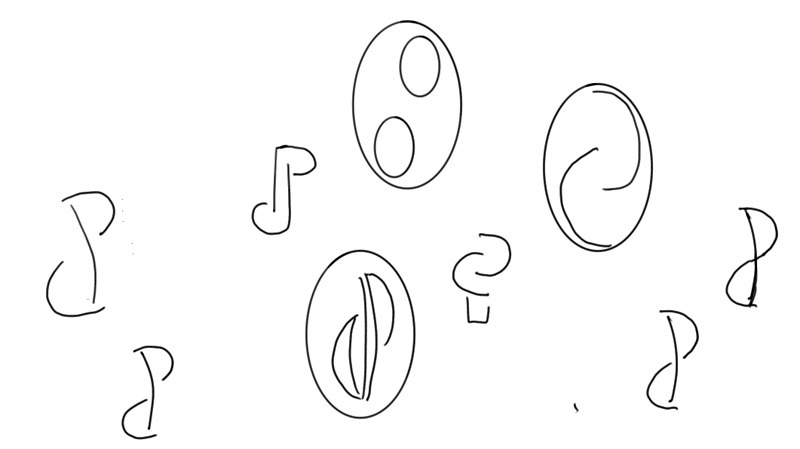 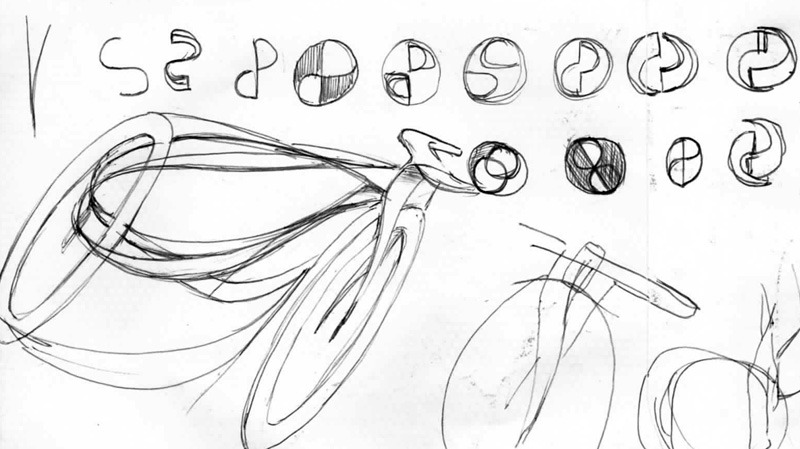 The hollow axle itself became the cylinder bore of the pump – when you throw away the pump cylinder, all you are left with is a plunger… and a coiled hose pipe to get air to the wheels.

Prototypes of this pump were by far the lightest bicycle pump ever made, weighing less than a few coins. 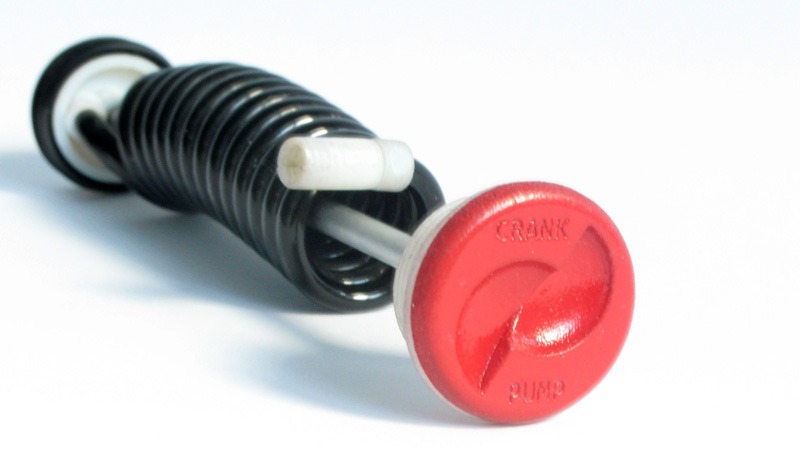 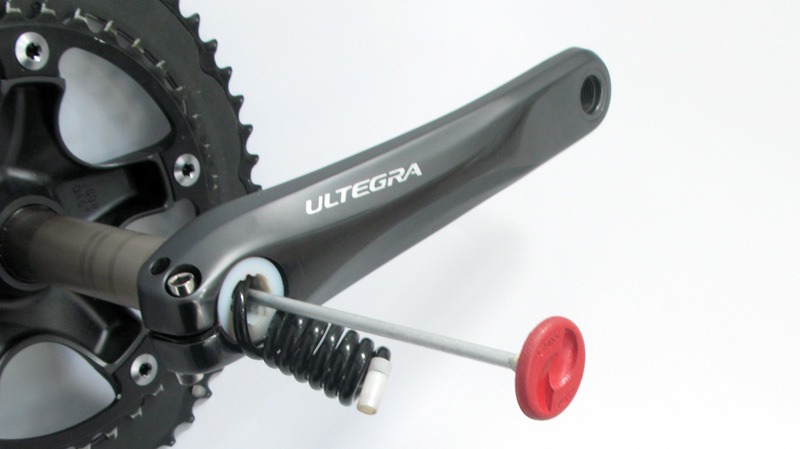 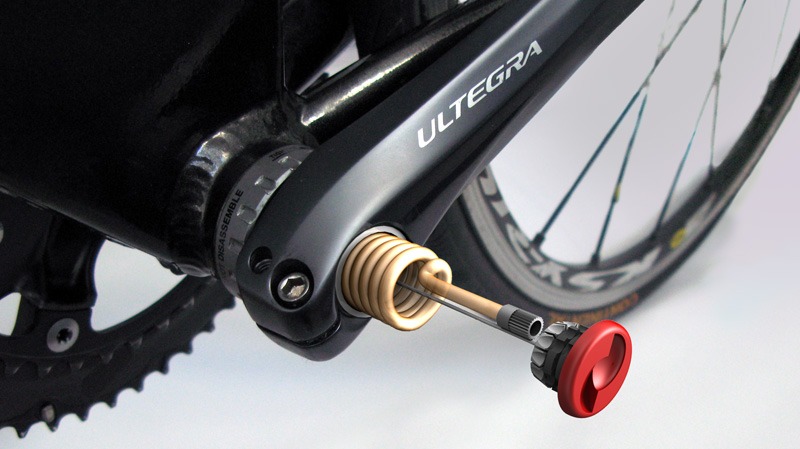 But after talking with potential customers, there was a common message that people were concerned about how long it would take to inflate a tyre. Small pumps take several minutes to inflate a tyre, and lots of pumping. There was nothing I could do to increase the axle size.

Back to the drawing board, I began sketching ways to hold a CO2 cylinder in the axle instead. CO2 cylinders take only moments to inflate a tyre. 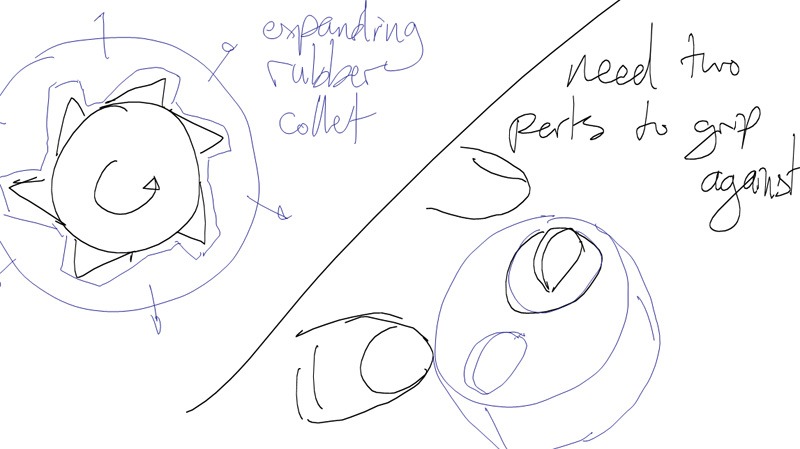 With months of CAD and workshop work, the result was a CO2 pump head shaped like a crank bolt. CrankPump. 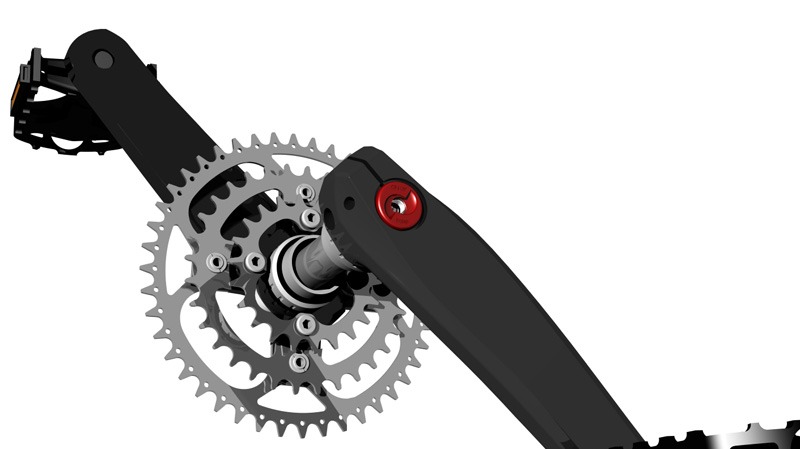 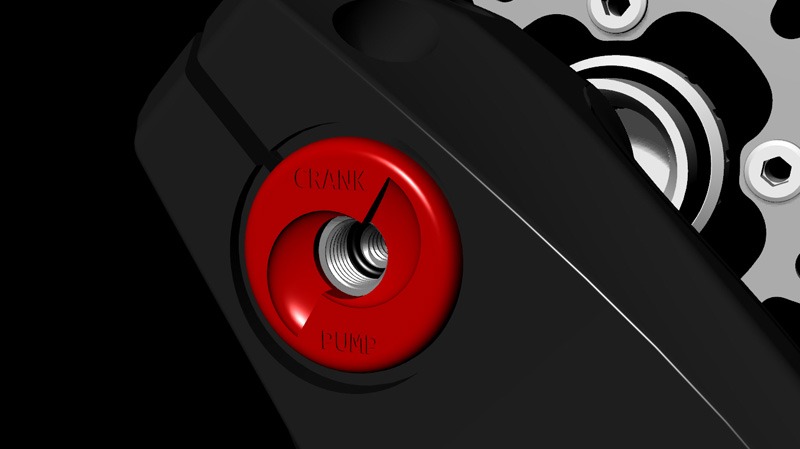 The shape of the pattern was carefully designed. I wanted CrankPump to be easy to undo – if you’ve got a flat tyre, it’s inevitably raining and you really don’t want to be skinning your fingers undoing some fiddly lid – so I made big flat edges to push your fingers against. I also wanted CrankPump to be difficult to over-tighten (although it does need to make enough torque to preload the axle).

Everyone has sometime been guilty of being a bit over-enthusiastic with tightening bolts, so in the clockwise direction there are no flat edges to mash it on with. As a result, the torque your hands can tighten CrankPump to is lower than the torque they can undo it with, which makes it likely that you’ll always be able to undo CrankPump when you need it. Also, if you squint your eyes, the pattern is the letters “CP” for CrankPump.
3D printed prototypes looked and worked great. The first physical prototypes were based heavily on existing CO2 pumps, but over many iterations, everything became custom to CrankPump’s purpose. 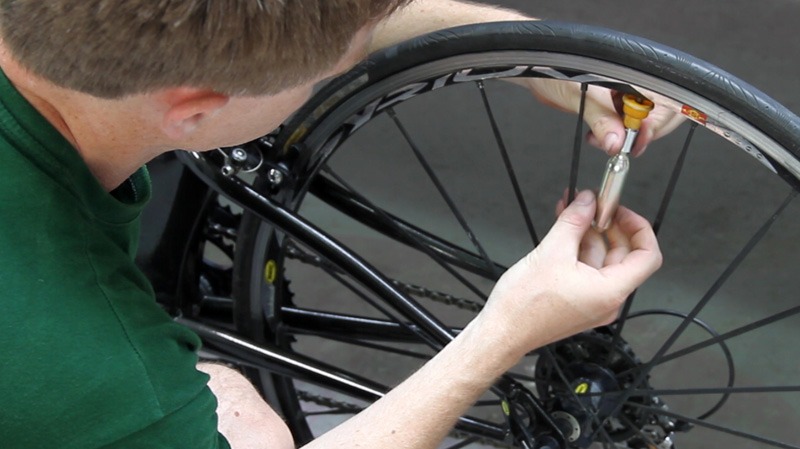 A pump is much more useful if it has a set of tyre levers. Because the space was too small for traditional tyre levers, experimentation began on a new type of tyre lever, based on the method mechanics use to remove car tyres. 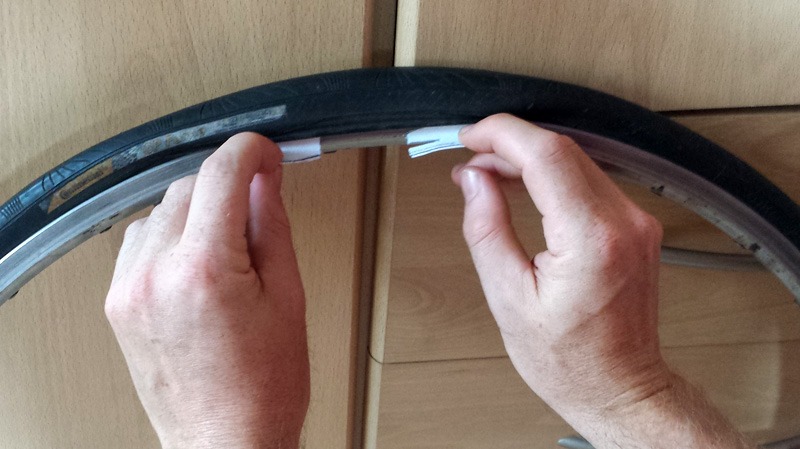 The result is called TyreZip, and it removes a tyre in a totally new way, comprising three easy steps.

It took a lot of physical prototyping to get them right.

The TyreZips were designed from the start to integrate with CrankPump. They click onto the pump barrel, sitting nose-to-tail. 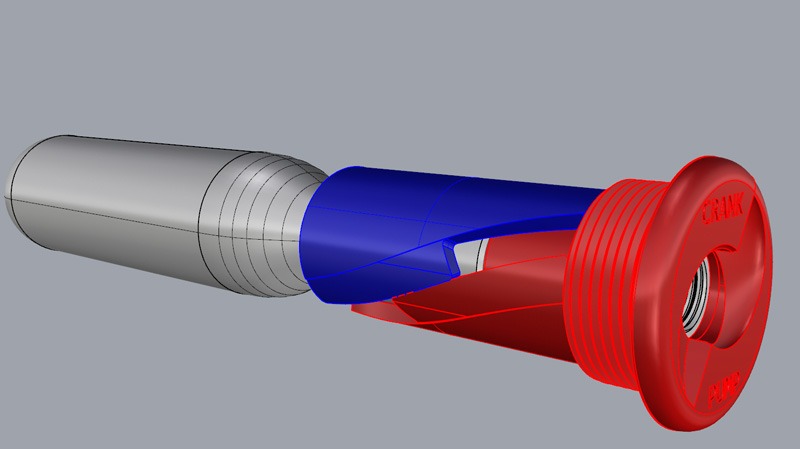 When a new CO2 cylinder needs to be kept away from the piercer, the TyreZips are clipped together in a locking arrangement, to stop the CO2 canister screwing all the way in and touching the piercer. 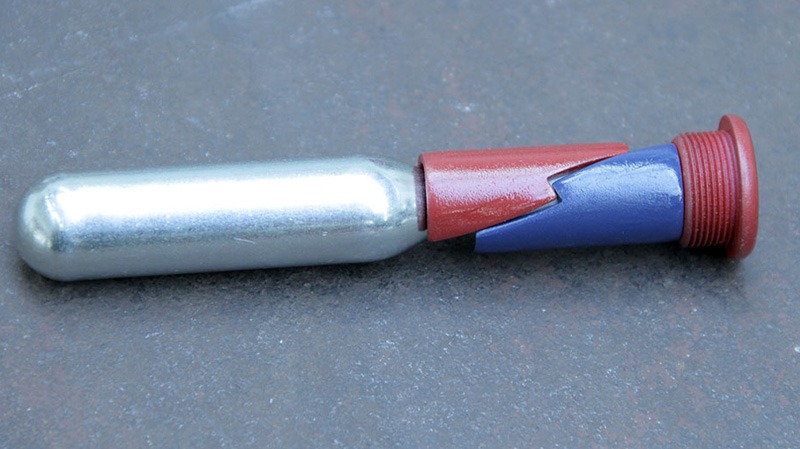 A lot of work went into making CrankPump super simple, with no moving parts. CrankPump is only four parts and a canister. 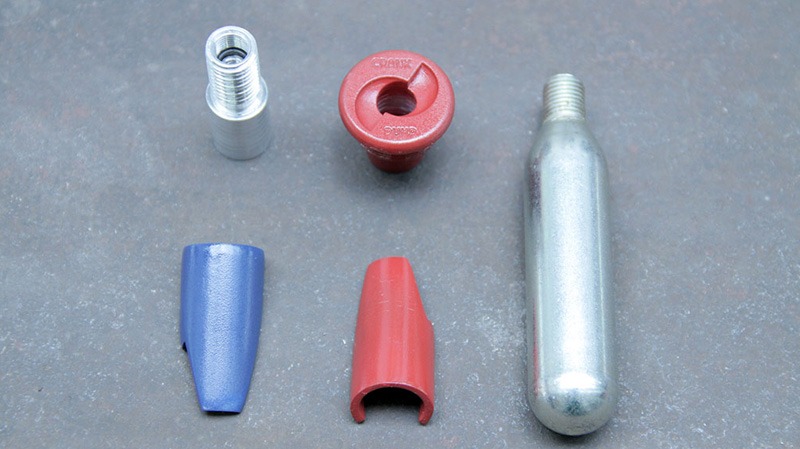 It’s much smaller than a traditional pump and levers. 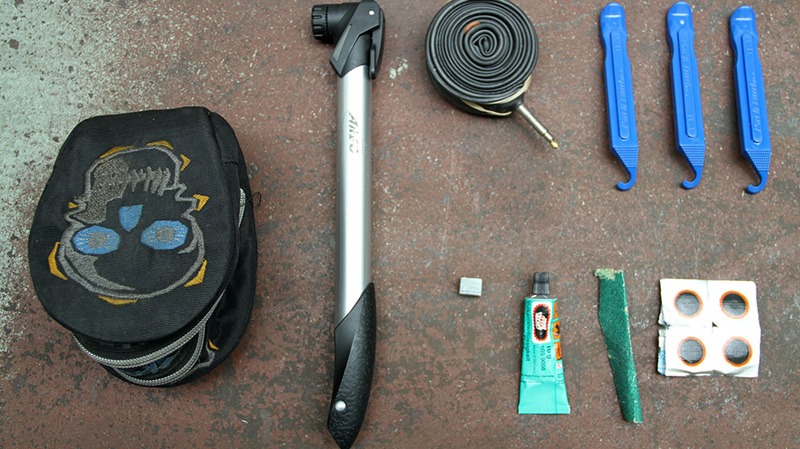 CrankPump is super simple: a CO2 pump shaped to replace the axle bolt on Shimano cranks. 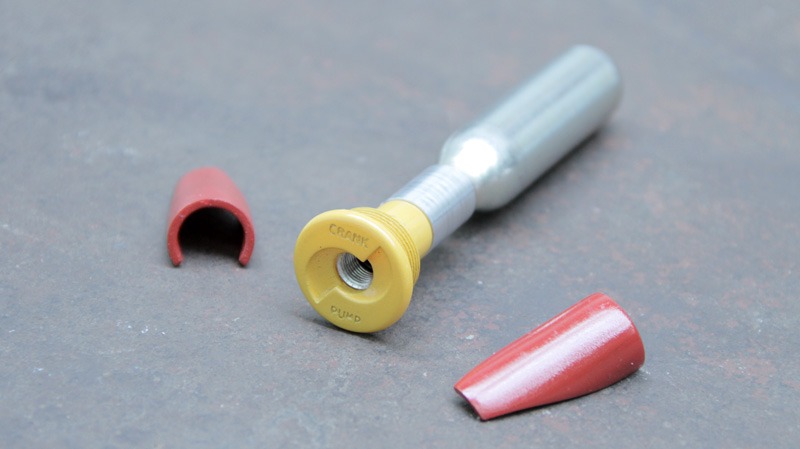 But there is elegance to its simplicity – in such a tiny space as the axle, each part must fulfill dozens of roles, so every part is very carefully designed. 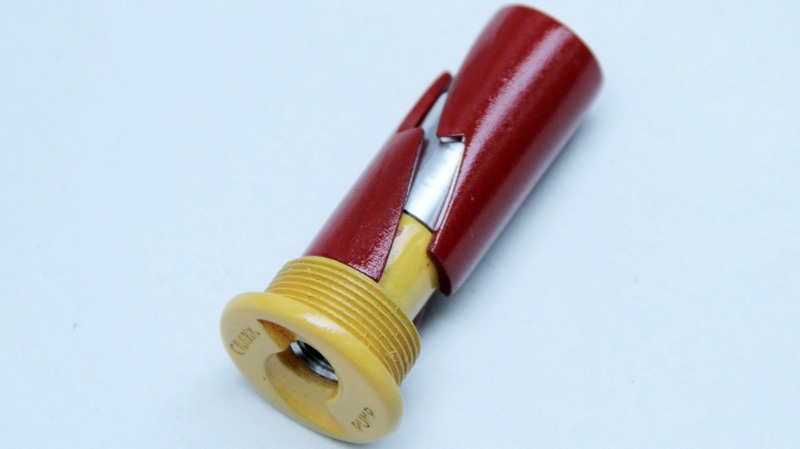 The care extends to the packaging, a shotgun-shell-sized enclosure that CrankPump slips into.

It also doubles as the tool to remove standard Shimano axle caps. 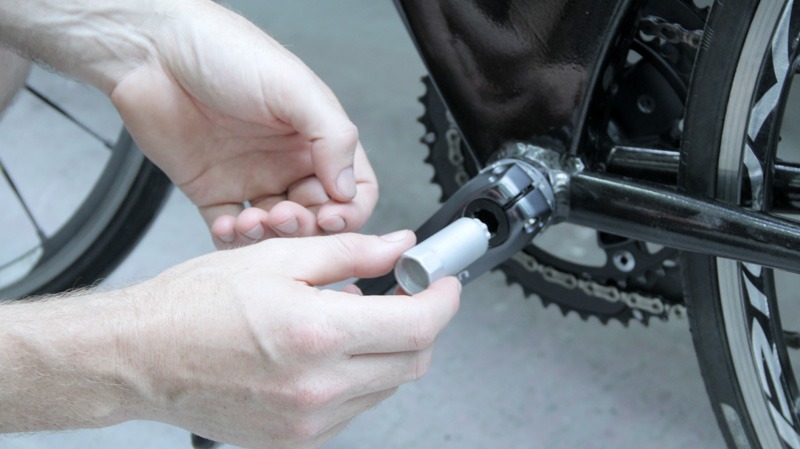 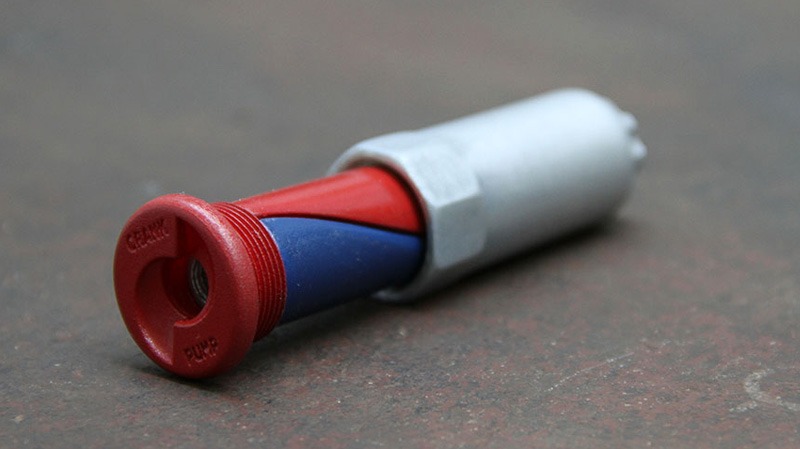 CrankPump’s shape gives me a smile on CAD and in reality. It has some really nice design moments, which revel in the intersection between design and engineering. 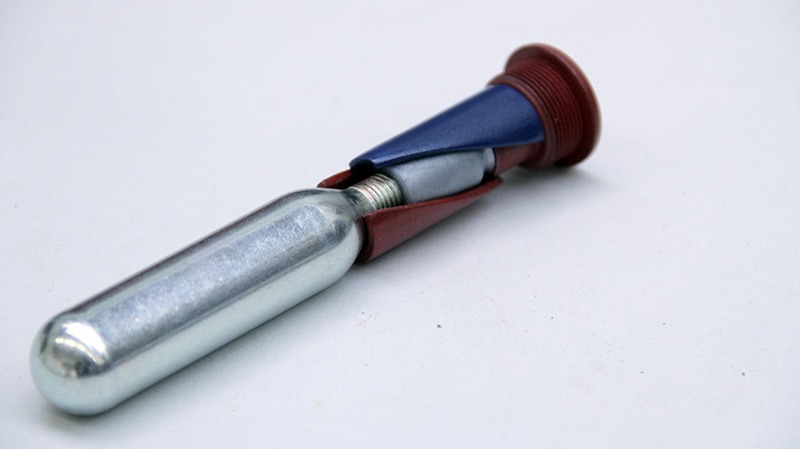 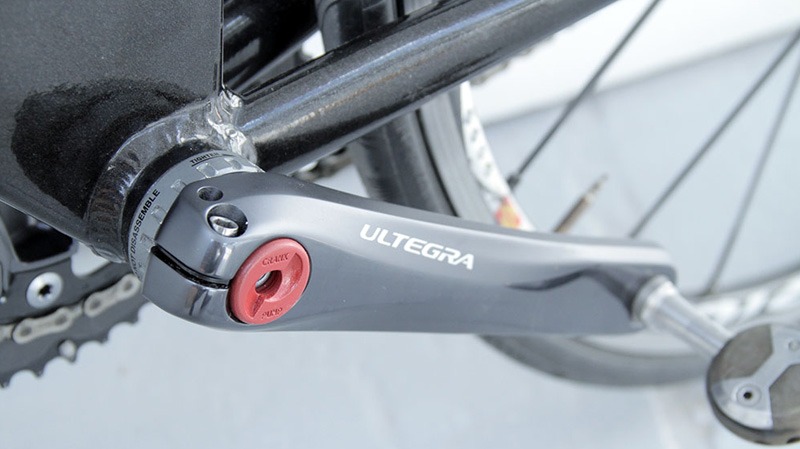 I hope it fascinates you as much as it does me. The biggest challenge is when you slip a CO2 cartridge into a hollow axle, it all seems so obvious and simple. Keeping it that simple has been a lot of work. There have been may small design challenges, like how to make sure it still performs the tensioning function of the original plastic bolt? How to stop the canister rattling in the axle? How do you make it easy to tighten and remove, so it never jams? How to make sure your hands don’t freeze? How to stop the cylinder piercing while you ride? Most of all, how to do all that within the tiny space of a hollow axle?

But the big design challenge has been the levers – you can’t make a normal tyre lever 35mm long, because the lever arm is too short. But that was all the distance available inside the cramped axle. This problem spurred the development of an entirely new way to remove bike tyres, called TyreZip. Instead of levering off part of a tyre, inching along one section at a time, TyreZip unzips it in one continuous motion. It uses a wedge action instead of a lever action.

Lots of manual workshop time at the lathe and filing to find shapes that worked.

You can get your own CrankPump here. 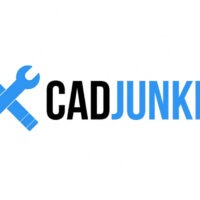 How Do You Design a Solution for Urban Beekeeping? An Oslo-Based Firm Might Have Figured It Out 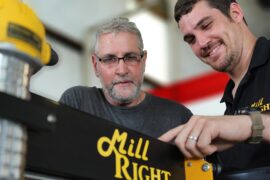 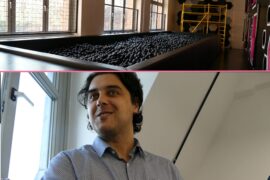 Panel: Navigating the Stages of Building a Hardware Company