Sure—zombies have already taken over mainstream culture, so it makes sense. Still, it seems as though just about everybody and their grandma has a morbid fascination with how to survive a zombie doomsday.

And if there’s one thing that you can count on just about every craftsman on YouTube to do well, it’s making survival tools for a zombie apocalypse. Heck, there’s even a ‘live action zombie series’ YouTube channel with nearly 2 million subscribers that combines attributes of Mythbusters with The Walking Dead.

But what do you get when you combine world-class wood craftsmanship with a zombie head-bashing instrument—aside from bragging rights within your survival crew? Probably something like the Zombie Killer Bat from SolidSmack-favorite YouTuber Frank Howarth. 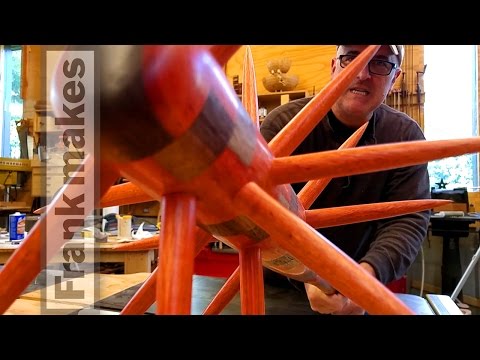 “I have made a wood turned segmented baseball bat with spikes coming out of the main shaft,” explains the popular woodworking YouTuber. “The bat is made from walnut and bloodwood. The spikes are made of bloodwood. I attached the spikes to the bat by cutting a tenon at the end of the spike with the CNC router and I drilled a mortise in the bat. Putting the mortise and tenon together holds the spikes in place.”

Model of the Week: LEGO Man Toilet Paper Holder [Everything is Awesome!]