As far as factory tours go, the LEGO Inside Tour at the LEGO production facility in Billund, Denmark exists in a league of its own.

Assuming that you can grab a spot on one of the four scheduled LEGO Inside Tour weekend dates that take place in May and June of each year, the price per person is DKK 14.500 – approximately $2,200 – not including travel expenses. Granted, the in-depth tour does include a two-night stay at Hotel LEGOLAND, but for those that simply want to see some juicy injection molding action, this factory tour is best left to diehard LEGO fans.

It’s no wonder, then, that the LEGO legal and marketing crew has prohibited any filming inside of the facility during the lengthy tour – which includes everything from meeting with LEGO designers and a step-by-step walkthrough of the production process to a visit down LEGO Memory Lane. Thankfully, the company made the rare exception for self-described “prolific LEGO Technic builder” Pawel “Sariel” Kmiec of the YouTube channel Sariel’s LEGO Workshop and let him record the tour for the rest of us schmucks to enjoy.

At nearly 20 minutes, this comprehensive armchair tour of where it all began is the perfect way to cap the end of the week: 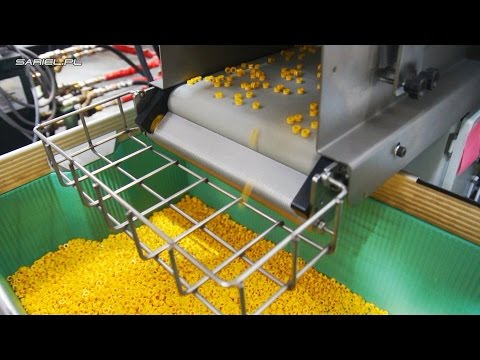