For those who enjoy the brain activity of assembling thousand-plus part models in SolidWorks, this new ‘desk toy’ just might be right up your alley. Set to be unveiled at next month’s Toy Fair in NYC, the LEGO SHIELD Helicarrier is among one of the largest and most sci-fi builds to date with 2,996 elements and an estimated 24 cups of coffee build time.

The epic Avengers-themed LEGO set will feature all of the minifigs and accessories necessary to plot your own battle against annoying coworkers with a total of five Avengers minifigures and twelve detailed microfigures when it’s officially released to the public and in LEGO stores on March 1st.

Among other features, the set includes a detailed runway, a display plaque, manual rotors and a display stand to ensure that you don’t spill your coffee all over those valuable little pieces. There is also the option to add lights and automated spinning rotors with the separate LEGO Power Functions sets. 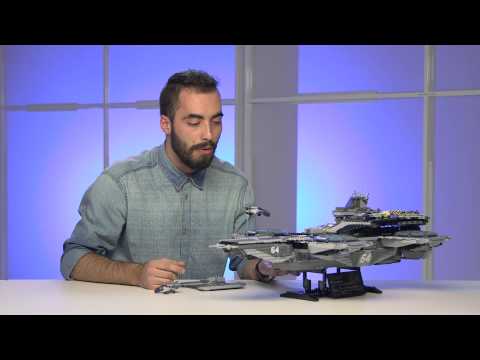 Take on the challenge of building this awesome LEGO® model of The SHIELD Helicarrier. Construct the flying aircraft carrier with 2 runways, microscale Quinjets, fighter jets and ground support vehicles. The set also comes with many of your favorite LEGO Marvel Super Heroes minifigures, plus 12 microfigures to display on deck and within the highly detailed interior. Includes 5 minifigures: Nick Fury, Black Widow, Captain America, Hawkeye and Maria Hill.

It's Finally Here: Luxion and Pixologic Partner to Release KeyShot for ZBrush + Bridge

There Is Now a Video Game Centered around Assembling IKEA Furniture