TopSolid 7 is CAD, CAM and AWESOME Wrapped All Up in One [Review]

Sometimes you take a look at 3D software and go mad trying to figure out what eye to puncture first. Not the case with TopSolid 7. This review has been a long time coming. At first I was afraid, then I was excited, then slightly afraid again, then really excited. Why? Because Top Solid 7 has a methodology for modeling I hadn’t seen before. A methodology that was strange to me at first, but then became suddenly familiar and fun to learn. There are bits here and there I’d like to be different, but overall I was blown away. I think you will be as well.

TopSolid is created by Missler Software based in Paris, France. Missler Software was formerly known as Missler Informatique, a manufacturing company founding by the Missler brothers in 1984, that designed and manufactured CNC machines. In the early 90’s they joined forces with Toulouse-based Topcad with the goal of creating an integrated CAD/CAM product. At first, it was merely 2D CAD/CAM software with some smarts. (When an engineer described a M10 tapped hole in their design, the CAM software knew how to machine the hole. Likewise, when the engineer included a M10 screw in their design, the correct drillings and taping information was automatically applied.) In the early-2000’s, a MBO (Management Buy Out) occurred taking the manufacturing empire the Missler brothers had built merging all company entities into Missler software to push the vision of TopSolid to the next level. Currently, Missler Software is owned by four individuals and is still a privately-held company. Today, their product line includes TopSolid, TopSolid’Erp and GOelan.

The TopSolid User Interface is, likely, the most intuitive interface I’ve ever used. It’s laid out extremely well and really focuses on reducing the amount of area toolbars, command option and collapsible windows take up. You’re set up with a Project Manager on the right-hand side, an Entities and Operation Manager on the left and an Advanced Search/Preview area down below. All are collapsible, adjustable and dockable to other areas of the screen. Rotating and Zooming use the middle mouse button, Panning uses the right mouse button that is also a context menu that adjust the command set to whatever you click with your mouse or whatever command you’re already in. My big UI complaint here is that it doesn’t incorporate standard Full-screen mode (F11) functionality and it doesn’t highlight the selected part in the Entities tree when selected on-screen. Beyond that, it’s amazingly fluid for a modeling workflow.

Now, there’s a lot to TopSolid, but where I first realized the value was in the way you organize and access data. Instead of starting with creating a part or assembly, first you create a Project. The Project contains everything – Drawings, Parts, Assemblies, Flat Patterns and access to all the revisions of your files. It’s completely contained and makes accessing the data of your project abit of a relief in the sense that it’s just all right there.

You model in TopSolid is much like other 3D software – create a sketch, extrude, add more features. Sketches have relations automatically added and you can edit dimensions without getting into the sketch. You have the typical solid features, but also have the ability to add machine features like pockets, grooves and slots along with drilling and threading operations. 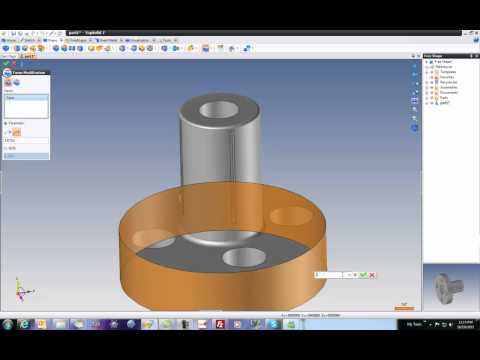 TopSolid has some basic rendering options, but with a realistic visualization option when working on your model. The best I can relate it is to the RealView option in SolidWorks. It gives you a realistic material appearance and sets you up for what you get in the rendering. It uses ray-tracing for the rendering, but does not use real-time raytracing for the Realistic Rendering or when you are setting up the options to export your image. However, the render output is fast and with the right light settings, a better presentation format than the Shaded option alone. 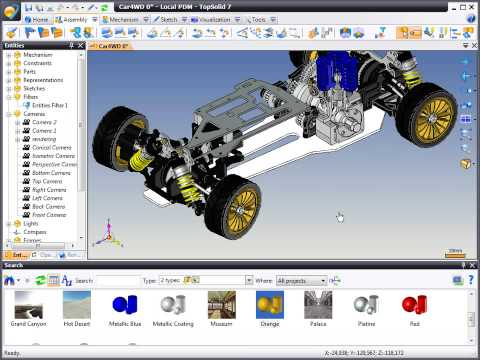 I don’t have the CAM portion loaded, but if I had, you’ll notice it’s completely integrated inside the interface as well. As you’ll see in the video below, it’s fast to set up toolpath (given you have the right tools loaded), because it creates the toolpath automatically after you select the tool. 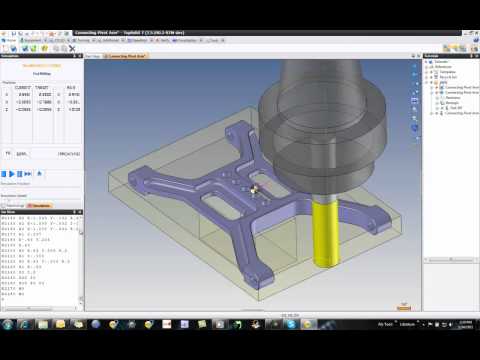 The most wonderful ideal any PDM system could ever achieve is the sense that it doesn’t even exist; that you don’t know you’re even using a PDM system. That would explain the integrated PDM system within TopSolid. And even though it’s doing it’s thing behind the scenes, it has full part numbering, revision control and simple lifeycle workflow functionality, completely built in and dead simple to set-up. 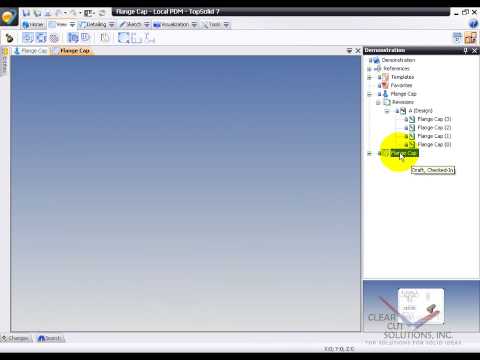 This is just a brief glimpse at what TopSolid has to offer, but I have to say, if you’re looking for MCAD software that brings integrated CAD, CAM and PDM together in a lightweight package, I don’t think TopSolid can be beat. I’m amazed at how well thought out the interface is, It makes project management more simple. It’s also extremely noticeable how it was developed together to make for a cohesive workflow. I’m surprised it’s not getting more attention, but it’s got a congested space to play in with a lot of talk of platforms shifting toward mobile or cloud-enabled offerings. It’s not clear where TopSolid stands in this regard, but if you’re comparing software now and looking for a solution that incorporates CAD, CAM and Data Management with visualization and more, TopSolid is about as solid a choice as I can suggest.

A big thanks to Bill Genc from Clear Cut Solutions for sending me more information and hooking us up with a license of TopSolid to try out. View more of their videos on the Clear Cut Youtube Channel.