The second week of February is coming up, which means last minute plans for Valentine’s Day, Bacon Week and the SolidWorks World Conference. On February 8-11, SolidSmack will be in Phoenix, AZ covering the event, whilst avoiding rattlesnakes, rabid prairie dogs and (having good intentions of) ensuring everyone drinks and talks SolidWorks responsibly. With three weeks to go, SolidWorks is making final preparations for the throngs of thousands who will be attending the shindig.

You saw that Gian Paolo Bassi is now the new CEO of SolidWorks, so expect some stage time from the fine fellow. There’s also a possible indication that there may be cage fighting at the CSWE Event, open voting on the Top Ten List, the early reveal of the SWW Keynote speakers and, a first, the SolidWorks World 2015 trailer.

Voting is now open for this year’s top ten. Submissions were taken from October through December and now, users who give a flip have until January 23rd to vote on their favorites. (Note: Requires login to the SolidWorks forum.) There are a load of great suggestions, but with one week to go, the current top ten suggestions are:

SolidWorks has announced the Keynote speakers for this year’s conference. Sometimes they keep their guests as a surprise. This year, they’ve pulled the curtain back early. If you’re unfamiliar with SolidWorks World, they don’t do one, measly keynote–that would just be 3D CAD conference amateur hour. On Monday, Tuesday and Wednesday of the conference, they have a General Session, starting at 8:30 with a big name Keynote speaker each day. (You can see (and print) the conference agenda here.) During the General Session, there will be announcements and other speakers of course–you know, people who use SolidWorks–and we usually find those the most interesting. This year’s guest speakers are:

Bre Pettis led MakerBot as CEO from its beginning in 2009. Now, as creator of Bold Machines — The Innovation Workshop at Stratasys — he’s pushing 3D printing into striking new directions. Pettis has a long history of making things and inspiring others to make things.

Dr. Michio Kaku, one of the most widely recognized figures in science today, is a theoretical physicist, best-selling author and popularizer of science. As the co-founder of string field theory, he continues Einstein’s search to unite the four fundamental forces of nature into one unified theory that will summarize all the physical laws of the universe.

Jinsop Lee’s design background began when he was five years old and his mother refused to buy him a Star Wars X-wing fighter, so he built his own from Lego. While he was traumatized with his multi-colored Lego X-wing fighter, it taught him an important lesson: You don’t have to follow the instructions that come with the box.

SolidWorks kicks off each General Session with an impressive video on the massive conference hall screen. It usually features visuals made in SolidWorks. The CSWE event has done trailers, but this is the first ‘movie trailer’ for the conference. It’s 2D and features a strange cross over of Star Wars, Indiana Jones, Tron and, I think, the Mummy?? It does of course start with, “IN A WORLD.” 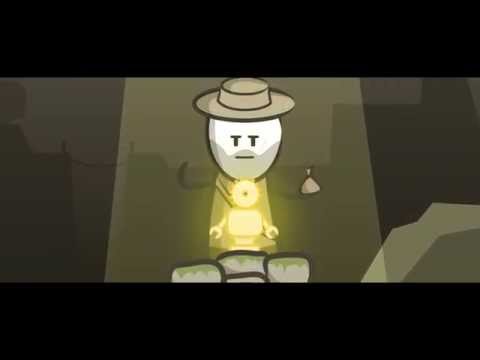 Well, with that, we know your day will now be 10 kinds of happy. Keep your eyelids peeled back. We’ll have the low down on the show, with photos and commentary, so follow us @solidsmack on twitter and be sure to watch the #SWW15 twitter stream as well.