Render with KeyShot. The New Features and What's to Come.

I’m convinced ‘Reality’ is a guy named Milo with a spray tan and a well-groomed mustache. He gets up at 6am to have a semi-artificial, vitamin D fortified breakfast, then heads off to work to sit at his laminated desk for 10 hours, during which time he rocks out ultra photo-realistic renderings. He may use KeyShot to do it. And if he’s using the latest version of KeyShot, he’s got a lot more capabilities than previously in one of the easiest to use 3D rendering programs ever created by elfin magic. Here’s a glimpse at what makes it better and what you’ll want to know about the soon to be released KeyShot 3.

Now KeyShot 2.3 is out (adding support for PTC’s CReo product), but to me, KeyShot 2.2 was the most comprehensive, render-tearing release of the new product since it launched February 2010. It brought in support for programs I use (namely SolidWorks 2011) and added a lot of features that make it much more a joy to work in – like parts highlighting when you select them. Oh yeah, that’s only when you’re in the Scene Tree, but it’s getting there. Other features, like being able to snap to ground on import and orienting the model along the axis you like, make getting the model into KeyShot so much easier. That, along with better management of materials and material import provide more options for the shiny your slappin’ on that geometry. The main thing I wish there was more of… is lighting options. You have the basics, Gamma and Brightness, with Environment adjustments, but you just can’t fine tune it to the extent that is needed. Then again, that’s what programs like HDR Light Studio is for. Overall though, you can get excellent renderings out of KeyShot in a very short amount of time. Here are some highlights of new features that came with KeyShot 2.2.

Preservation of model structure from CAD model including all subassemblies: KeyShot now preserves the complete structure of the CAD model, providing an identical representation of the CAD model inside KeyShot when compared to the CAD system.
Move multiple objects: You can now move separately imported objects simultaneously after selecting them in the scene tree.
Part outline: When selecting one or multiple objects, sub-assemblies, or parts inside the scene tree, KeyShot will highlight the selection in the realtime window.
Snap to ground: You can now control whether you want you object to snap to ground upon import or not.
Orientation: Select the orientation of your model based in the CAD system you are using.
Import support for: SolidWorks 2011, SketchUp 8, CATIA V5, Solid Edge, STEP, IGES, BIP, DXF and DWG.
Move materials from one group to another: You can now easily move materials from one group to another.
Import materials: You can now easily add materials from a material file that has been sent to you to any of your existing material groups.

You can get the full run down at KeyShot What’s New in 2.2

If you follow KeyShot on Twitter, Facebook or their blog, you’ll know KeyShot 3 is just around the corner. That pretty picture above is a screenshot of the new interface. Click to enlarge it. Looks pretty yeah? Notice the tabs for the main nav and… what’s this? animation controls? Yes, animation is coming in KeyShot 3. Here’s a preview if you’ve not seen it yet. 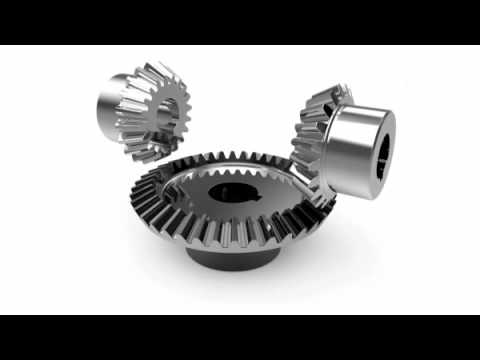 Animation will be sold separately according to this forum post. Some other features you’ll see are:

And, to give you a little glimpse of what you can already do in KeyShot, here are some renderings from some of the users.

Lead Image Credit: Mazda6 MPS by vinism
Disclosure: Josh Mings writes posts for KeyShot.com and occasionally punches their VP of Marketing in the Hugo Boss. This review was not endorsed or paid for by KeyShot, it’s affiliates or it’s affiliate’s cat.

Why is Personalization in Banking so beneficial?