Need a bike? Print one up. Yeah, I know. It’s not exactly new to see custom-made 3D printed bicycles- back in 2015 Italian design studio Eurocomposti unveiled their Bhulk MTB bike frame made out of recycled PLA filament and Portland-based Industry lifted the curtain on their titanium 3D printed, ‘connected’ bike Solid. While both of these are similar in how they were manufactured–printed in pieces first and then assembled together–a team of Dutch students from the Delft University of Technology has created their own version using a multi-axis 3D printing robot.

The students employed a unique 3D printing method from MX3D to create their Arc Bicycle. MX3D Metal is the melding of an industrial robotic arm and a welding machine, using a rapid prototyping process known as Wire and Arc Additive Manufacturing (WAAM). The process works as it sounds. An arc welder deposit metal one layer at a time on top of one another. Surprisingly, the process goes fairly quick.

Using MX3D Metal allowed the team to print their bicycle right on the tabletop as the WAAM process in conjunction with the robotic arm eliminates the need for support structures or building plates with the metal solidifying as the form is being created. This also allows for larger builds over conventional 3D printing as space is limited only by the robotic arm’s reach. While the frame itself may look like it could bend and contort while being ridden, looks can be deceiving. The team took the 26-pound bike for trial rides around Delft’s cobblestone city streets with no issues what so ever.

Of course, the Arc Bicycle is just a design concept and not for mass production but the team hopes others with be inspired by their design and build their own. MX3D is also using larger WAAM robotic printers to print a stainless steel bridge in the heart of Amsterdam, in an effort to prove they can create an intricate, structurally sound bridge using the very same process. You can see more on that here. 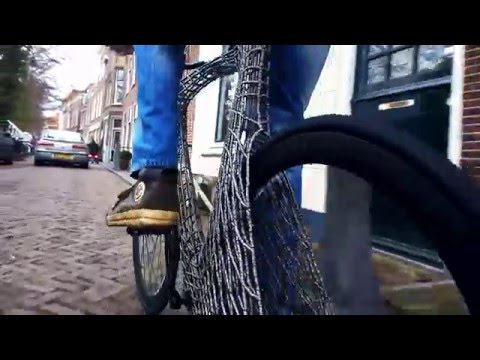