A rabbit with a stinger? Never had such a creature shown itself, but when the bolts fell, nothing but embers, a faint crackling and its growl filled the room. We thought using them as shields would save us, their backskin thick as an ox hoof, but it seemed that nothing could stop its claws soaked in the bile of these links.

Nikita Bulatov – Playful and colorful and so fun to look at. Illustrations that carry a beautiful amount of drama and action for each interesting character.

Ice Stacking – Summer is coming, the ice is melting and Lake Superior activity is heating up. Ahhhh. Relaxing in’t it?

Cocktail Ice Ball – And since we’re on the subject of ice, here’s a quick tutorial on making a cocktail ice ball.

So Many Seals – So many seals. Really, there’s a bunch of them. Drawings of them. Well, the life of one seal really, and a small octopi.

Roller – Quilt worksout, chugs milk, drops the Jell-o and sings into a fan in this video from the upcoming album ‘Plaza’. 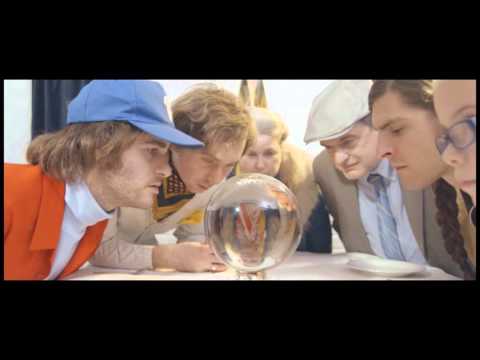