Whether it’s a cantaloupe, an anthill, or even raw steak, there’s no shortage of what’s possible for testing the effects of casting or pouring molten metal in or on natural objects – at least, as evidenced by a rising tide of YouTube videos of people doing just that.

While pouring molten aluminum in both anthills (unoccupied) and cantaloupes yielded some fairly impressive results, YouTube user Tito4re recently turned his attention to pouring molten copper into a coconut.

“My videos are mostly about melting copper and pouring it on random things … so sit back relax and let me do the dangerous stuff.”

As for what the interior cavity of a coconut casts, well – let’s just say that the method for removing the cast just might be more entertaining than the cast itself: 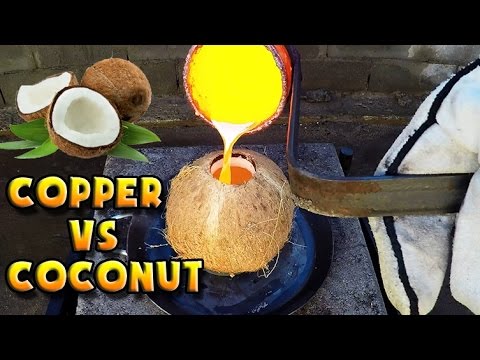