Behind the Design: The Making of a Ginormous Overwatch Cosplay Costume

You may think creating cosplay (the practice of dressing up as a character from a movie, book, or video game) costumes involves locking yourself up in a garage and making do with whatever spare hardware supplies are lying around—and you wouldn’t be far from correct! A lot of good cosplayers do precisely this; but with a little inspiration and a lot of dedication, they can go above and beyond to bring their favorite characters to life.

Toronto-basedHenchmen Studios is a creative studio whose sole focus is on insane prop and costume making. They’re responsible for bringing many video game costumes to life – from the Hunter in Destiny 2, to Jack Cooper from Titanfall 2. But what they’re most known for are their Overwatch cosplays.

Employed by Blizzard Entertainment, Henchmen Studios is given character details for new Overwatch heroes long before they are announced. This enables the studio to create some kickass cosplays tshat coincide with product launches.

Previously, the studio has worked on heroes including Sombra, Doomfist, and Moira, but let’s take a look at the game’s newest hero: Brigitte. 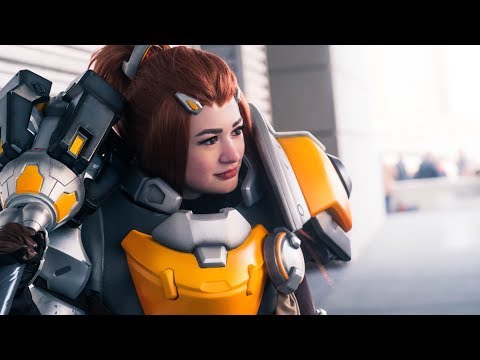 Created for the Penny Arcade Expo (PAX) East 2018, the Brigitte cosplay took five weeks to build with fifteen different people working on her armor and props. Even with the assets, the team doesn’t really know how the character works; so a lot of time is spent playing Overwatch to find out how she uses her unique character abilities. The team then gets down to creating the various parts of her armor, flail, and shield. As always, 3D models for the cosplay are built based on in-game assets.

The models are 3D printed before they are molded, casted, and sculpted together to get the proper shapes ready for painting.

If you thought these pieces are a “one size fits all” deal, you’d be sorely disappointed. These builds are custom jobs meant to fit one person and one person alone – that person being Clair Hunnisett, who dons the armor at the convention.

Henchman Studios took it upon themselves to take in Clair’s measurements and fit Brigitte’s armor specifically to her body. Apart from the 3D model pieces, she also has a bodysuit and a corset to complete Brigitte’s look. 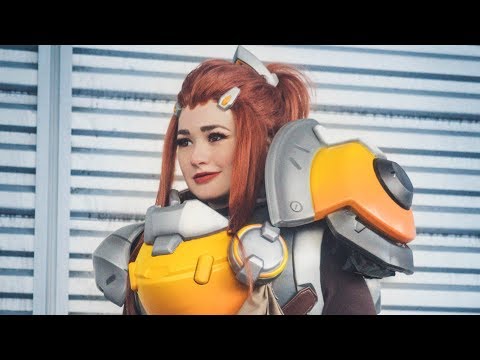 Check out more of Henchmen Studios’ webpage if you want to see more of their creative cosplays!

SolidSmack Radio | The Draw Through Methods (Powered by Spotify)