3-in-1 is the name of the game for Febtop Tech with the introduction of their Optimus Transformable 3D printer, which boasts a multiple configuration design that includes a 3D printer, laser cutter and CNC mill.

Considering this is the Swedish-based company’s first foray into the world of 3D printing it’s certainly impressive, but not the first design to integrate several machine tools into one. Some of you may remember ZMorph’s Multitool, introduced early last year and also featured a laser cutter and CNC mill along with its 3D printing capabilities.

The Optimus gets its name from the machine’s two primary configurations — an vertical Delta 3D printer and a horizontal Cartesian mode for laser cutting and CNC applications — with Febtop stating it only takes 10-minutes to transition between the two. Without a doubt, incorporating additional functionality into their 3D printer design helps expand its capability, but the machine is affordable too, starting at $1,579 (for the complete setup), putting it within reach of the average maker and small businesses. 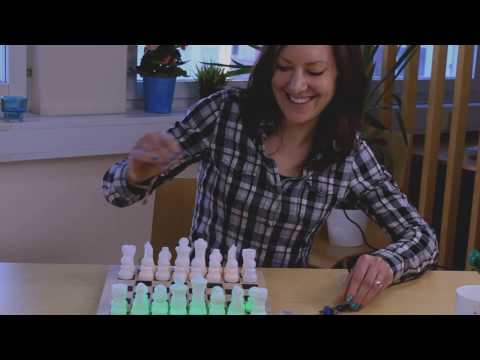 Febtop states that after each transformation, the Optimus automatically recalibrates itself for optimal performance depending on the mode. They tested the accuracy of the platform in both modes 500-times over, breaking the machine down and reassembling it, to find it had no effect on its performance. They attribute this partly to the full-metal frame of the machine, along with the steel slider bars and risers used in both modes.

In 3D printer mode, the machine features a hot-swap print head of sorts that ranges from 0.2mm to 0.8mm and is outfitted with an aluminum/fan-cooled heat sink to keep things nice and cool and to prevent blockage. The rest of the specs in this mode are as follows:

The Optimus specs for the CNC and Laser modes are as follows:

In CNC and Laser mode, the Optimus takes advantage of a host of material including wood (plywood, MDF, etc.), latex, foam, leather and various metals among a host of others. In fact, it’s safe to say that you can use just about any material you may need for any number of projects.

Driving the Optimus are a pair of 32-bit SoCs with one controlling the machine and the other tasked with touchscreen control.

Powering the Optimus are a pair of 32-bit SoCs, each taking on a separate function with one controlling machine operations and the other handling the touchscreen applications. The control box also features several plug-and-play connectors for both modes as well as an SD card slot and USB Port for transferring G-code. It also sports built-in Wi-Fi to take advantage of Febtop’s app that lets you control the Optimus using a simple interface (Android only at this point). As far as 3D modeling software goes, you can use nearly any platform- SOLIDWORKS, AutoCAD, Inventor, to output .stl. Additionally, Febtop is working on a modified version of Cura (slicing software) to directly support the machine. I’m curious if it can/will be able to support the company’s FEBCAD AR software–it isn’t specified whether it will or not at this point.

At the end of the day, the Optimus is a popular venture that has already surpassed their crowd-funding goal of $50K on Indiegogo with over $130K and a month left to go in their endeavor. Those who want to get one of their own can pledge $979 (3D printer only) and up. After the first batch sold out, the complete 3-in-1 package is currently available in a second batch at $1679.

Friday Smackdown: The Eyes Are Bulging