Earlier this year SolidSmack reported on ‘Print the Legend’, a feature-length documentary that focused on the 3D printing revolution and what has become of it. Starting today, the film will be available on Netflix as one of their ‘Netflix Original’ documentaries.

The film focuses on the rise of consumer-friendly 3D printer manufacturers MakerBot and Formlabs while they navigate the unpredictable landscape of start-up growth as the Maker Movement comes in full-swing.

Similar to another movie focused on start-up growth–‘The Social Network‘–the storyline isn’t without its lawsuits and other legal problems. While a lot of people might see these companies from the perspective of their carefully-crafted public images, ‘Print the Legend‘ operates somewhere between a public mediator and a ‘behind-the-scenes’ feature.

Ultimately, the film explores how MakerBot and FormLabs have tried to establish themselves in the digital manufacturing movement without selling out and losing their hacker/open-source spirit that their product came out of. 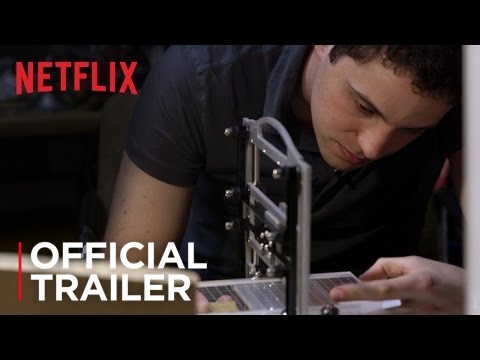 Netflix acquired the film after it premiered at SXSW this past March. The film will also be playing in select theaters in New York and LA.