This is one of those instances where art begets art. Inspired by the high-octane movie John Wick: Chapter 2, the guys at Corridor decided to put their own spin on the mass-murdering hitman… only with a more kid-friendly arsenal. 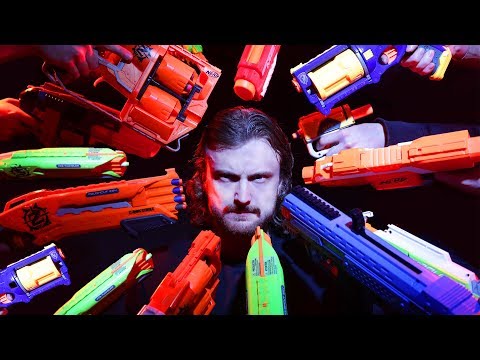 The 3-minute video showcases moves lifted directly from the film, such as using an enemy’s chest to conveniently reload a shotgun as well as a couple of moves that could only be done with Nerf guns.

For instance, there is no way you could catch an opponent’s bullet and use it to kill someone else if they were using a real gun. But thanks to the foamy ammunition which feeds into the toy guns, you can totally swipe someone’s ammo mid-flight and jam it into another person’s head.

The action is constant throughout the final product but you’ve got to remember – these are grown men playing with children’s toys. If you see this being filmed in real life, you would be less excited and more concerned for their mental health.

So why does the final video seem more exciting? 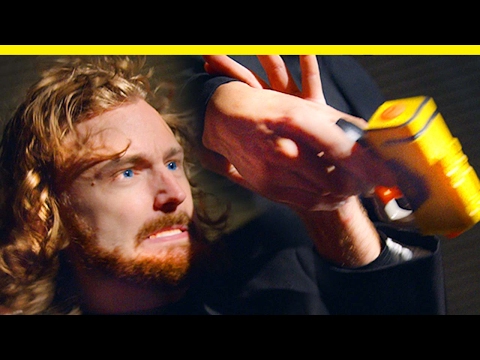 The first and more obvious contributor to the action is the stunts. This is where you see everyone behind the video channel their inner child and use the John Wick movie as inspiration. Punches, kicks, tactical reloads – moves that made Keanu Reeves the badass into the bogeyman – were condensed into this short video. 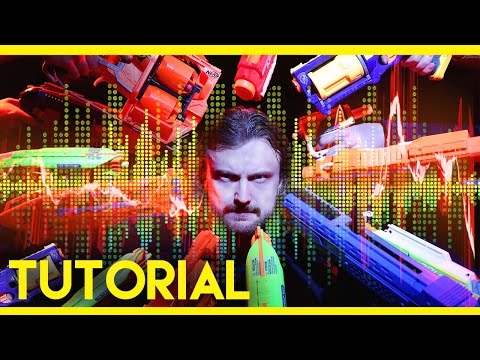 The second and more subtle factor is the audio. Nerf guns don’t make the most satisfying noises when fired, so it was up to the team to tweak and add extra sound effects to make them sound cooler.

By laying multiple Nerf gun sounds on top of one another, Carmichael was able to increase the sounds of the Nerf darts while staying true to their foamy origins. To add more power behind the shots, he layered on some punches and slaps, as well as a couple of whooshing sounds to give the darts more speed. Finally, he added in a bunch of thud sounds to underscore the fall of the thugs to the ground.

There are a lot more sounds used in the video, all of which expand on the original audio which was taken during filming. As Carmichael says, the purpose of good audio design isn’t to exactly mimic what is going on in real life, but to communicate an idea in the clearest, most concise way possible.

Unlike some other Nerf videos made by Corridor in the past, Nerf John Wick uses no CGI and relies solely on stunt work and good shots – much like the John Wick films it is based on. This idea to preserve the older methods of filming action movies is why so many fans love the franchise. Plus, it gives you a greater appreciation for the medium.

How People on the Frontier Procure Ammunition