Not everyone in the world can say they hold a Guinness World Record. It takes a lot of time and dedication to hone a skill, and a little bit of luck to get the guys and gals from the esteemed organization to notice you.

One day, LEGO speed builder Paul Ufema got an email from Guinness asking if he wanted to try for any of their brick building world records. They didn’t have a specific task in mind, so they asked him if he had anything in mind.

Eager to prove himself, he decided to build the LEGO Colosseum – currently the largest LEGO set in existence – in the fastest time possible. 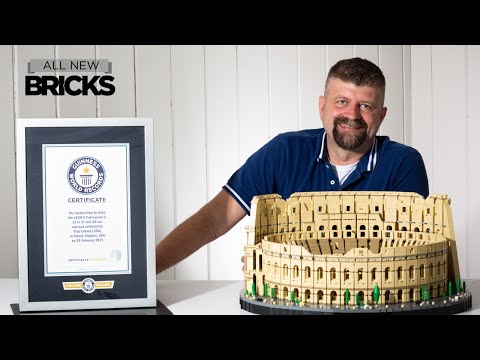 Paul felt grateful that Guinness allowed him to open the plastic bags prior to building and set the pieces in numbered trays. This made his life infinitely easier as he sorted them out and followed the provided instructions to the dot.

As expected of anyone attempting to break a world record, Paul was initially nervous at the beginning. But once that timer started, his mind and body focused on the singular task of assembling this massive LEGO set.

He only took two breaks during the whole event: one 4-minute and one 3-minute break. Paul never ate once – only taking time to drink or rest his eyes.

If you think pushing bricks together isn’t difficult, try standing in place for more than 13 hours staring at 9,036 LEGO pieces. Aside from the eye strain, Paul mentioned his fingertips started to hurt from assembling all that hard plastic.

As the Colosseum neared completion, Paul mentioned that the hardest part was putting the final platform on the inside. The piece would just not fit properly into place. This caused a lot of frustration for Paul, seeing as he already spent a good number of hours building the rest of the Colosseum. But with a little bit of patience and some help from the instruction manual, he finally got the platform to slot perfectly into place. 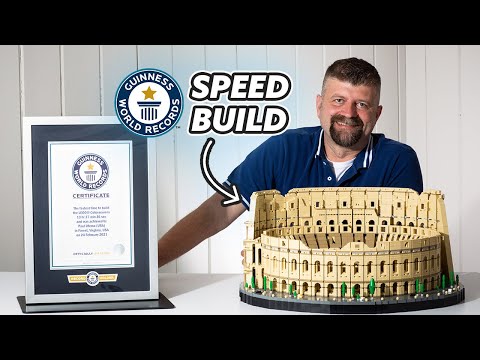 Guinness initially gave him 15 hours to complete the Colosseum. The feat took him a total of 13 hours 37 minutes 36 seconds. Paul mentions that had he practiced with the LEGO set beforehand, he would have definitely gotten a better time.

With one world record now under his belt, Paul has now set his sights on continuing his giant LEGO set builds. His next challenge? A rumoured Star Wars LEGO set that is bigger than the Roman Colosseum.

Paul Ufema has dedicated his life to building LEGO sets. If you want to know what you’re getting in a box before purchasing it, take a gander at his YouTube channel, All New Bricks.