The Glowforge laser cutter is the biggest crowdfunded 30-day campaign in history. $27.9M in 30 days. It didn’t launch on Kickstarter. It didn’t re-launch on Indiegogo. It launched on their own website, bringing in $27.9M in pre-orders alone. But even four months before the crowdfunding campaign, Glowforge had already secured $9M in Series A funding.

When we had our first look at the desktop machine, we were sold immediately, as were many of you.  At the very least, it changes what we’re able to make (or what we think we’re able to make). As one reader said, “I could put this to good use RIGHT NOW. I’m still struggling with what I would do with a home 3D printer.” What made the Glowforge so enticing, so successful and such a contrast to so many 3D printers? We wanted to hear the answer to this straight from Dan Shapiro, Glowforge Co-founder and CEO. So we asked him, along with other questions that give us a deeper look into the machine that may change making forever.

We think that focusing on what you can create first, and letting that drive the specs and data sheets, has given us a product that is easier to love, to buy, to use, and to get excited about.”

This product is such a contrast to other hardware in the same industry. How did you approach the development and launch of this product that made it so successful?
From the start, we asked ourselves, “What can we make, and how will it be made?” We think that focusing on what you can create first, and letting that drive the specs and data sheets, has given us a product that is easier to love, to buy, to use, and to get excited about.

How deep can the Glowforge cut and what makes that possible?
It can easily cut many 1/8″ materials and a variety of 1/4″ materials. You can get up to 1/2″ with some extra effort – for example, flipping the material over and cutting from both sides.

How loud is it and where is the best place to locate the printer?
It depends on what you’re cutting. The fans can run faster or more slowly depending on the material. You’ll also be able to opt for quieter (but leave it running for a while when the cut is done), or faster (loud but clears out the air quickly). If you have the air filter, a desk is great; if not, make sure it’s near a window.

The Glowforge is amazing, but what about the software? (We’ve heard it’s amazing too.)
Half our engineers are on software – that’s where we really shine. Not only is it really simple and intuitive, it’s going to keep getting better after we ship it. Because we’re running in the cloud, we don’t need to push big product updates and worry about OS compatibility. It means we can make things much better, much faster.

Does the Glowforge have to be connected online?
Yes. If you want a USB laser, there are some great ones by Epilog and Trotec (among others). Much of what we’ve been able to do is because we’re online only. Should something happen to us, though, we’ve open-sourced the firmware which can serve as a jumping off point to make an offline version of the laser, although it probably would miss many of the functions that depend on the cloud.

Why would I want the Pro version of the Glowforge?
Basic is awesome and can make everything on our homepage. Pro runs faster and is built for longer, more continuous use. I recommend Pro for shared-use environments or places where it’s going to be used for long periods of time. It also has a passthrough so it can use materials that are 20″ wide and infinitely long.

What have people created with Glowforge that has completely blown your mind?
The stuff that our backers have posted on http://community.glowforge.com/c/laser-made that they plan to do constantly blows my mind.

What 2D/3D software can people use to create things on the Glowforge?
Just about anything – we mostly use Inkscape, Illustrator, GIMP, and Photoshop for 2D design. Most CAD software works well too.

What is your favorite hand tool?
Random orbital sander, but I guess that’s a power tool. I have a set of cherry chisels I keep up with the “scary sharp” method (sandpaper sprayglued onto glass plate) that I just love to use.

How much longer is the pre-order special and when will November orders be shipped?
We’ll continue allowing pre-orders up until we ship in 2016, but the price will likely go up.

You can check out the Glowforge and pre-order at glowforge.com. The pre-order price starts at $2,395.00 for the basic version. Watch the video below to see exactly how it works. 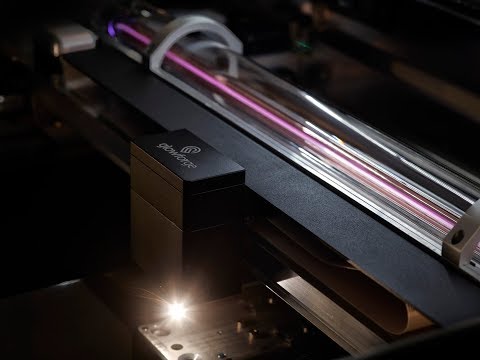