As Avengers: Infinity War makes its way towards the box office-shattering $2 billion global earnings milestone, it comes as little surprise that the superhero movie has inspired a small legion of creators to don their maker capes and create their renditions of the iron-clad superhero troop.

Among others is the SolidSmack favorite wacky garage inventor and YouTube star Colin Furze. In partnership with James Bruton of Xrobots and eBay, Furze constructed a real-life hydraulic mech suit that stands an eyewatering 10.5 feet tall: 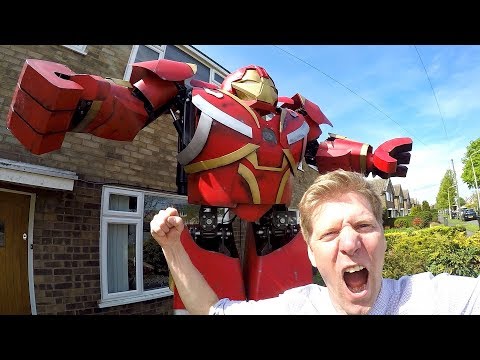 Describe by Furze as his “most complicated project ever,” he highlights that this build, in particular, is comparable to what many robotics companies have spent years and millions of dollars trying to achieve with little-to-no success.

The resulting “Hulkbuster” suit, which can seat an adult comfortably and functions via a remote control system, is capable of smashing through items while simultaneously roasting them via a built-in flamethrower.

In keeping true to his hybrid garage inventor/YouTube star flavor, Furze dives deeper into the build with nearly 30 minutes of juicy design and fabrication process. After all, who the heck wouldn’t want to know how to build a hydraulic mech in the confines of a suburb garage? 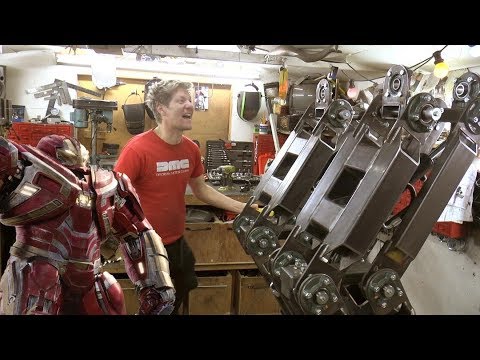 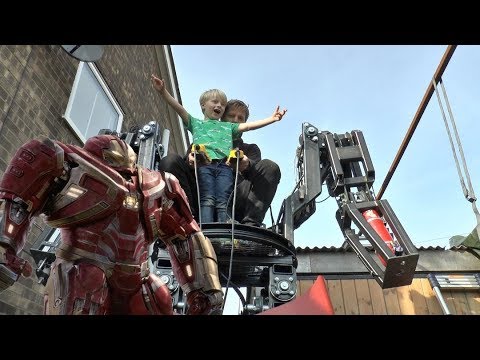 Be sure to check out the rest of Furze’s wild and zany builds—ranging from the World’s Fastest Pram to a Homemade Hoverbike—over at his YouTube channel.