3D Systems is a positive potent powerplant of press releases. Coming off their acquisition of Geomagic, 3D Systems decided to unleash upon the unsuspecting world their second-generation line-up of Consumer 3D Printers, just in time for CES 2013 (okay, not so unexpected). We asked, what could the ‘X’ in CubeX stand for? Famously, when US Steel changed their name to USX in 1986, Chairman James Roderick said to a curious reporter, “The X stands for Money.”

Three big things stick out from this announcement. Size, Extruders and Resolution. Let’s look at the details.

One, two and three. Rather, as 3D Systems describes it, (blank), Duo and Trio. Yes, you will be able to buy a CubeX with three extruders, which means three colours in one print. But you will have to cough up a eye-watering $3,465 USD. Yikes!

This is cool – they added three settings. High Definition (125 Microns), Crisp (250 Microns) or Standard Definition (500 Microns). In reality, these are speed settings – one thing that bothers a few of the newest inductees to 3D printing is the speed….. time seeeeems toooo sloooooow dooooooooooown when you want to make your replacement fork.

3D Systems also announced higher speeds (2x), more colours (18, 2 of which glow in the dark), a touchscreen, ‘cartridges that preserve quality’ and fast printing software. Also, they added a glass printing bed so the first layers stick properly. Oh, and you receive 10 free models that you can download from the 800+ library they have on cubify.com

There is this feeling that the CubeX is some sort of cross-breed of the BFB-3000 and the Cube. As you recall, UK-based Bits from Bytes was bought by 3D Systems in 2010. I suppose 3DS decided to hybridize their breeds – we can’t be sure. I don’t speculate on 3D Systems stocks with money, but I will speculate on their products with words.

Nobody at Solidsmack.com has yet to see this CubeX, but if it is what it is, this is looks like a great machine. I’ve seen the Cube and it wasn’t that impressive compared to other RepRaps and so forth. However, if they’ve improved their UI since then, this could be killer. Perhaps even top the great Makerbot Replicator 2, even as their new version is expected shortly.

Consumers are thirsting for better 3D Printers – they want to get what they expect from regularly manufacturing techniques. Smooth surfaces, big sizes, lots of colours. As I said, they want WYSIWYG machines. I bet that the X in Makerbot 2X, slated to come out very soon, also stands for WYSIWYG. 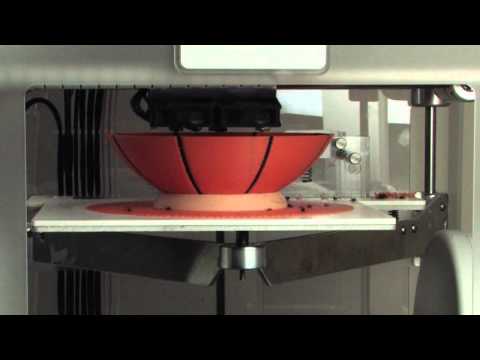 RE:Sound Bottle Records and Remixes the Sounds Around