How about this? Instead of thinking about launching a set of concrete balls through the air, knocking down your cubicle walls and shattering every window around you, put it into action Goldberg style.

Scott Bruins, a member of the GrabCAD elite, has put the project into effect. The idea? Build the world’s largest community built Rube Goldberg mechanism ever. The first two stages are complete (videos after the jump.) Now, the rest is up to anyone who wants to be part of the experiment.

From Wikipedia: A Rube Goldberg machine, device, or apparatus is a deliberately over-engineered machine that performs a very simple task in a very complex fashion, usually including a chain reaction.

The creation of the machine has just started, with Scott and another GrabCAD user creating the first two stages. Scott states,

The idea is everyone adds their own mechanism to the machine. I have created the first 2 mechanisms to start. Download the files, build the next mechanism(s) and when you are done post the new files on GrabCAD.

-All files are SolidWorks 2011
-Files can be submitted as STEP
-Please use Basic Motion/animation only
-Be as creative/elaborate as you like!
-Add a comment to let other know you’re working on the next stage
-Please do not change earlier mechanisms unless you absolutely have to.
-Have fun!

We’ll update here as the Goldberg machine is created. Here are the stages so far: 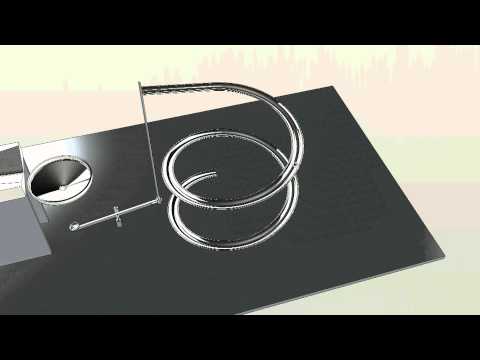 Inforbix. The New Data Search and How it Works.