If these model were any more real, they’d crawl their way out of your screen and eat you. I’ve actually just scared myself a little bit, but what’s even scarier is that these 3D human CAD models are the most accurate representation of the human form I’ve ever had the joy of opening in SolidWorks. Eric Lagman, human and industrial designer from South Carolina, has poured hour upon hour into creating the best human models known to the modern CAD industry. His new site, CADHuman.com, delivers the monochromatic body parts direct to your modeling environment.

I originally modeled the figures using various polygon modelling software, then converted to NURBS using other conversion software. It was a very tedious and frustrating process at certain points, but I believe the end result turned out nice, and gives CAD users a more realistic looking figure than some I have seen in the past. As far as the detail, I have not noticed a reduced speed in the models I have tested them in, but I’m also working in smaller assemblies. It’s still best to keep the figure in shaded without lines though since there are a lot of edges compared to a typical, natively created NURBS model. It’s also easier on the eyes and graphics card this way.

Poseable Male and Female models are available in the store, as well as single part standing and sitting figures. He also has a nice start on other elements of the human physiology, including a poseable skeleton, a heart, poseable hands and yes, teeth with the fleshy, pink gums included.

Since first talking to Eric about the models and providing a little feedback, he’s made even more progress in updating the files to be as optimized as possible. Trying out both poseable and static models, I can say they both load quickly and have a near-zero rebuild time. These models are not only great looking, they fast loading and well thought out. One small catch, they’re not free. Basic models start at $99, but the quality is worth the price, especially if your clients are secretly laughing at your extruded stick figures. Videos below to show the models in action. 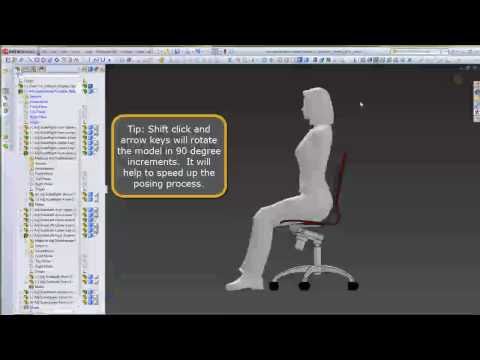 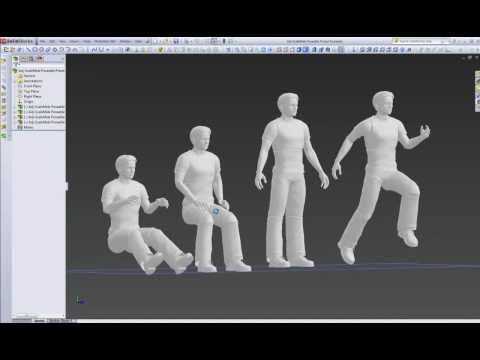 It Doesn't Get Any Better. A Triple Shot Espresso Gun.