He was a wee titmouse with an apple and a bag of cracked corn. A long journey lay ahead, fortunate to have a new mechanical leg to replace the squirrel-bone stump he recovered from a skin after the great battle. He was more robot than mouse, he thought as the sun gleamed off his forearm, but there would be nothing to stop his mission to siphon the energy from these links.

Kunrong Yap – Simply gorgeous scenescapes with loads of contrast and color from the Concept Designer/Illustrator–amazed with how he captures so much detail with such a loose, chunky style.

History of skateboarding – This is how it all started, from urathane wheels and the Z-boys to the first ollie, the first skate video, on up to the first X-games. Cool brah.

Octopus Fascinators – You may want one of these to cover a bald spot, or just look stylish on your next visit to the local aquarium.

Dubstep Fingers – I’m not sure if your fingers can move like this, but syncing it to Dubstep affords this young man a small bit of applause… and then a BASS DROP.

Mongolian Throat Singing – And with some practice you may be able to belt it out like Кhусугтун Батзориг Чинггис кhаан.

Chrononauts #1 – The optical illusion on the cover of the new comic that 1 in 15 can see, doesn’t mean your any less creative, just that you don’t have a neurological condition.

Maggie – It’s Schwarzenegger in his most critically acclaimed role to date–The father of a zombie daughter.

Stylistic – A print of various Graphic Design styles over the last 200 years that have gone on to define sub-cultures, dress and product design.

Extinguish – These two guys from George Mason University are going to show you how they extinguish fire… by dropping the bass.

Wireframe sculptures – I’ve thought about doing this with sculpting wire, but these wooden version by Janusz Grünspek look so much cooler.

Wait for a Minute – Catchy riff in the new single from tUnE yArDs off the album Nikki Nack. 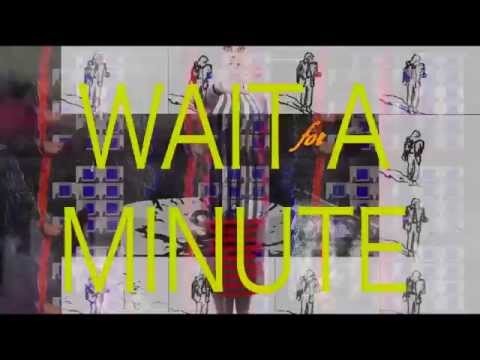 The Copy/Pour Molds Housewares out of Earth Material