When the form took shape in the back of the latched, palm-leaf hutch, the entire building shuddered. It was more massive than the last with every bit the desire to escape its confines. Yet, for no longer than the hop of a flightless bird, did the fear overwhelm us, when flanking it appeared, the pawed creatures, garbed in woven cabbage and bridled by these links.

Igor Sobolevsky – Equal bit ID and concept art brilliance. His bots and various vehicles are only capsized by the environments he wraps around them.

Dancing Cranes – With a little bit of oragami and some upbeat music pumping electrical signals to magnetic feet, you can create your own little paper dance troop.

Slug Solos – Somehow, these guitar solo photos make so much more sense when the guitar is appropriately replaced with a giant slug.

Shell switch – Hermit crabs. The Caribbean island variety are so orderly when they need to switch out shells.

Northeast snowfall – While on the subject of giant, composite satellite imagery of US snowfall over the past three years.

Embroidery of Voids – It’s just those vertiginous spaces between things–They probably all connect somewhere. Worth watching the whole way through, fullscreen.

Pat Perry – Nice to have a look inside someone’s sketchbook occasionally. Pat Perry’s is always a treat.

Bartkira – The classic anime film Akira redrawn with the Simpsons. And, of course, it totally works.

Wishing Well – From thier debut album on Third Man from way back in 2012. Scruffy guitar riffs and handclaps included. 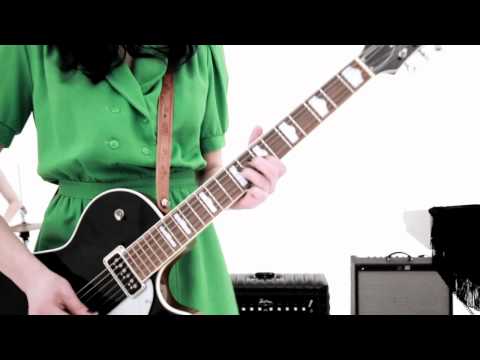