When he was on pace to become the youngest head designer ever at General Motors, John Delorean boldly decided to ditch the car giant and set out on his own path to establish his own car company that would later become Delorean. After setting up shop in Ireland, Delorean developed what would later become one of the most iconic cars in popular culture to date.

The Dolrean DMC-12, which will forever be associated with time-travel thanks to its starring role in the 1985 Robert Zemeckis film Back to the Future, is just as well known for its short-lived and tumultuous history that sounds like a movie plot of its own – which involved drug running and legal troubles that stemmed out of John Delorean’s inability to keep his new company above water financially.

Despite the company’s legal history (John Delorean was later acquitted of his various charges), the car (less than 10,000 were produced) remains a dream purchase for many who appreciate its retro-futuristic aesthetic and place in popular culture.

Among others, Geoff Ombao fondly remembers when – as a young boy – a neighbor owned an original Delorean.

“There was a guy who lived up the street from me who had one,” said Ombao. “And every time he drove by, it was like watching Santa Claus driving the ice cream truck.”

Once Ombao landed a job as an adult and had some spare cash, he satisfied his childhood dream by purchasing his own Delorean DMC-12 – and would later be inspired to satisfy his other dream of becoming a car designer by going back in time: 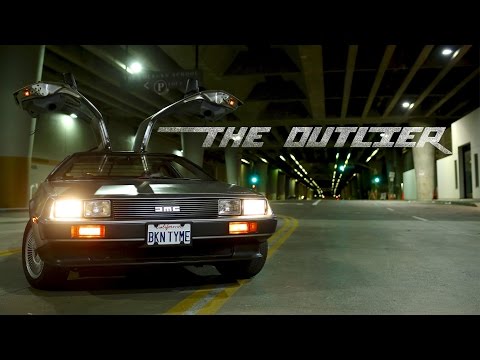 Geoff, can you grab us some hoverboards while you have that thing running?