The season of “Yet Another 3D Printer” has arrived (to the point we have considered doing a ‘3D printer of the week’ segment). 3D Print manufacturers are a dime-a-dozen it seems and are having to differentiate themselves big time. Not only to compete with the established players, but to compete among the variety of kit projects, half-baked and fully-assembled 3D desktop printers that are coming out each month. More and more that means providing a better experience. A nice trend, one we’re seeing inclusive of words like ‘professional’ and high-quality’ along with internally developed software for managing, slicing and setting up you prints. With that, the Zortrax printer is one of the latest 3D printers, with a Kickstarter project that has passed the $100,000 goal. Not too shabby, eh? What makes this printer in particular so awesome?

If you have or haven’t sold your 3D Printer on Craigslist or Ebay yet, you know it takes time to get it printing correctly. Even with the plug-n-play printers, there’s bed leveling, ambient air temperature to deal with–A lot of variables that any desktop 3D printer isn’t apt to avoid, but Zortrax is set on changing that with the Zortrax M200. At first glance, it’s your typical bed-in-a-box set up with a 8x8x7.5 (205x205x190mm) build area.

They’ve designed it from the ground up, sporting a aluminum chassis, a gantry system based on MIT’s Fab in a Box (with a 0.001″ positioning resolution) and specially designed print head and ‘dosing mechanism’ for ABS and Nylon prints. They’ve also developed their own software, the Zortrax ZSuite software, that supports .stl import and takes you through presets for layer height (0.1mm, 0.14mm, 0.2mm, 0.3mm), fill, three speed modes and gcode export. The software doesn’t require being connected to the printer, but instead allows files to be saved onto an SD Card. Some may not like the decreased options for print adjustment, but for Zortrax it’s yet another way they can make the experience better. 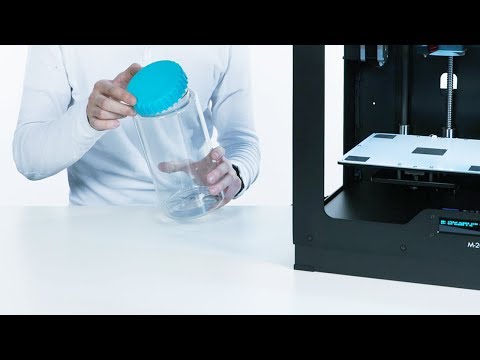 The Zortrax team is based in Olsztyn, Poland, but they have pledge amounts set for both US/Canada and International shipments. Printers (for US/Canada shipment) start at $1899 (plus $99 shipping) which includes the printer, the software and 2.2 lbs of white ABS filament. No after-kickstarter price is available as of yet, but the $2k price-point seems the sweet spot. Filament will be available on the Zortrax site for $19 / 2.2 lb roll to Zortrax owners only. There are just a few days left to get in on the Kickstarter campaign. There is more info, test prints and updates on the Zortrax blog and in the Printroom.

Enough to make you think they can make 3D printing awesome?