We’ve said it time and time again, and we still mean it from the bottom of our hearts: if a zombie apocalypse ever breaks out, we want to be as close to ‘Slingshot Master’ Joerg Sprave as humanly possible.

While the German slingshot sensei has created everything from an Oreo Cookie Separation Pump Gun to the ultra-deadly Machete Slingshot, it is perhaps his latest that might deliver the most recognizable kind of pain…assuming you know what it feels like to step on a LEGO brick while barefoot.

According to Sprave, the LEGO brick has many desirable qualities for ammo: they’re cheap, hard, edgy, and indestructible. But they are also not without their flaws.

“(LEGO bricks) are also lightweight, plus their awkward shape makes it hard to shoot them straight,” explains Sprave. “Therefore we built a custom shooter for the tiny plastic toys and added some nails to see how much damage you can cause with these very basic elements!” 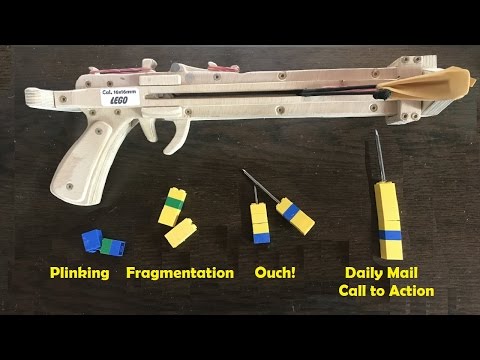 Unsatisfied with the inability to penetrate a coconut (AKA Zombie Head) with his Brick Shooting Pistol, Sprave followed up his LEGO project with an even deadlier contraption: The LEGO Sniper Rail Gun.

“We made a LEGO brick shooting pistol not so long ago, and found the weapon to be extremely accurate and surprisingly powerful,” says Sprave. “But it did NOT penetrate a coconut, not even with a big fat nail inserted into the plastic bricks. That leaves something to be desired!”

Created with aluminum rails to add precision, the resulting toy brick launcher is something you won’t want to be on the receiving end of: 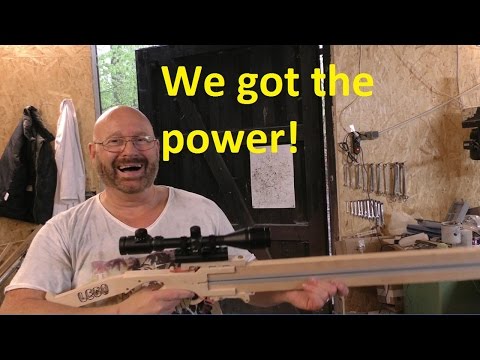 Be sure to check out the rest of Sprave’s impressive slingshots and other projectile-launching contraptions over at The Slingshot Channel.