Have a spare Fisher-Price record player around from your childhood? Do you like playing Portal? Well, we have the record for you! Shapeway user “Pittance” designed a record that plays the song “Still Alive” by Jonathan Coulton, the featured music in the end credits of the popular game “Portal”.

This record is no ordinary record. It’s a disc with a series of arranged nubs that pluck a number of metal tings, in almost the same manner as a music box. Check it: 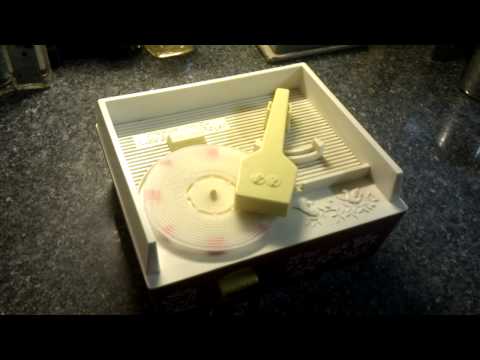 Brian Heater at Engadget commented that this ‘takes music piracy to complicated new levels’, and I mostly agree with that. It was a copyrighted song, and what Pittance did was take the tune and ‘compressed’ it via procedural design software into a physical format. This takes ‘Rip, Mix, Burn’ to a whole other level. The quality sucks, but that’s not the point. The man just 3D printed a record! I doubt anyone cares – Shapeways still sells the record (for nothing close to a pittance – about $40 + S/H) There are no reports of a cease-and-desist letter – yet. Perhaps because more people have 8-track players and gramophones than Fisher-Price Toy Record Players. In his product blurb, Pittance asks for suggestions on new songs. Anyone have any recommendations for his next single? Instead of “Still Alive”, maybe the Bee Gee’s “Stayin’ Alive”?

3d printingshapewayswhat you hear is what you'll see
0

This Sheet Creates 3-Dimensional Forms of Anything it Covers