Unless you accidentally step on them, you can never go wrong with LEGO. Since 1949, the company has helped creators both young and old bring their ideas to life. With new features like submersible blocks and working motors, making anything from a tiny house to a life-size replica of a car is possible.

But one can only do so much within child safety laws. This may be why people like YouTuber “sayaman” constantly look for ways to push LEGO bricks past their plastic limitations. 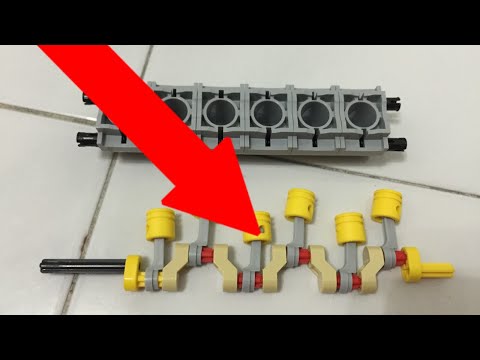 In two of his more recent videos, sayaman attaches a normal LEGO motor to a real car battery. By steadily increasing the motor’s revolutions to that of an actual engine, he manages to not only show what fast moving LEGO pieces look like, but also how the pistons pop out like popcorn from the engine itself.

Because they were made to handle the rpm from a normal LEGO motor and not a high-speed vehicle, the plastic LEGO parts melt and give out.

Even the bigger LEGO engines can’t handle the 50,000 rpm this car battery churns out. Though the V8 engines generally last longer than the Honda version and the pistons are covered, the engine eventually implodes from the speed. 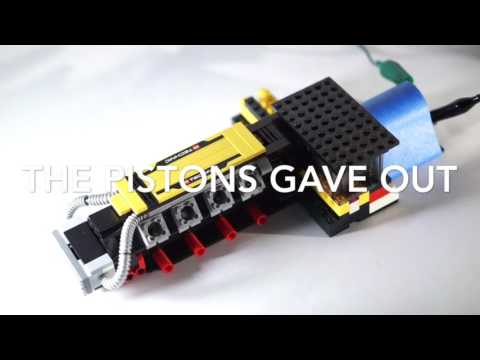 But that doesn’t stop sayaman from attempting to create a LEGO engine that can win the Grand Prix. He lubricates the gears of a V8 motor in cooking oil to minimize the friction and lessen their chance of popping like a bad case of acne. He also uses a faster motor and increases the gear ratio. Lastly, he couples this with a homemade speed controller to steadily increase the speed and…

… the pistons give out once again!

After locking the pistons with wire to keep them intact, sayaman thinks that everything will work just fine. But like trying to keep water from pouring into a sinking ship, the motor manages to find something else to destroy.

While the pistons stayed in place, the gearbox gave out; removing any chance for the engine to be used again.

Some of the gears even melted during the experiment. While you should never do this with a child around, you have to admit that this takes breaking toys to a whole new level.

This won’t be the last that sayaman deals in LEGO motors. He already has a video that showcases the effects of low temperatures on plastic engines as well as one that features a lower 14,000 rpm motor on a LEGO engine. To see him tinker with more of your childhood toys, you can check out his YouTube channel.

Fusion 360 Slaps a Flange On It, Gets Sheet Metal and More