Commonly used to seamlessly join dissimilar materials with different melting points, friction welding has been used to manufacture everything from airplane parts and rocket thruster tanks to even space shuttles and the razor-thin iMac.

But regardless of the intended application, the visual spectacle provided by forcefully joining two materials together with brute force is one of the most satisfying manufacturing processes to watch – or at least for some 21 million viewers on YouTube. 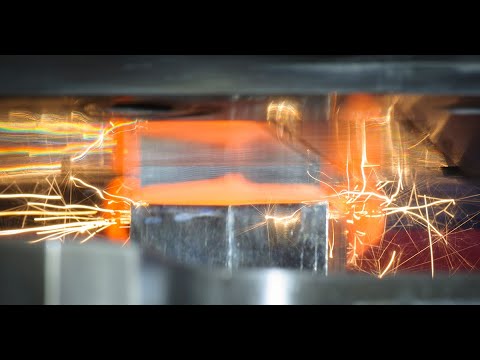