Peopoly’s Moai 3D printer began as a personal project between a pair of friends (Shu Peng & Richard Li) who wanted a better 3d printing option that could go beyond what RepRap, Ultimaker and other kit-based printers had to offer. They wanted professional quality with an affordable price. After building several of those machines, they set out to design their own and gave birth to the SLA-based Moai, which boasts professional features, easy assembly, and affordable price. 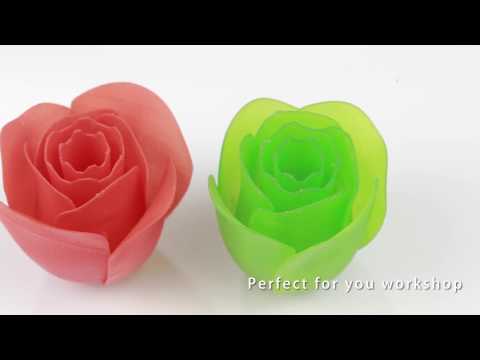 What are the specs on the Moai SLA 3D Printer? Let’s have a look. The machine is outfitted with a fully adjustable 150mW UV laser with a 70-micron spot size, which is galvo-controlled for precision movement. What’s more, it has a large build volume of 13 X 13 X18cm and can work with nearly any G-code and slicer platform on the planet, uploaded via SD card only.

To take advantage of their high-resolution laser, Peopoly designed their own high-polymer resin, although you can use other types as well, including wax and even dental-grade resins. The laser head can be adjusted to handle most anything and at your desired resolution, well down to 70um at any rate.

Peopoly has successfully crowd-funded the Moai on Kickstarter, grossing over 130K over their target goal of $30K with the project in the prototype phase and delivery of the first machines set for July 2017. Furthermore, they believe their 3D printer will appeal to others than just makers, with the quality and capabilities able to serve jewelers and dentists alike.

As far as other SLA-based machines go, the Moai is one of the more affordable about to hit the market with a beginning pledge of $900 and up, which gets you the kit and a liter of Moai resin. It will be interesting to see if they can deliver an SLA printer with these capabilities, a sub-$1000 price and on time. In the meantime, GreatScott! has an excellent review on the SLA 3D Printer I recommend checking out.