Despite raising nearly $4 million across two Kickstarter campaigns, the 3Doodler 3D printing pen never really took off as a tool for professional designers and architects to hash out 3D sketches quickly (note: they are trying to change this). Instead, the hot plastic–extruding handheld device became more popular with artists and sculptors who praised the ability to quickly develop more abstract forms.

Among others who have taken the 3D printing pen under their belt (quite literally) is sculptor Grace Du Prez. Heck, she even defines herself as a “3D Printing Pen Artist” –– although her background is in mixed media textile design.

More recently, the sculptor –– who has made everything from sunglasses to lamps to hats from the 3Doodler –– was commissioned by Nissan to create the world’s largest sculpture to date using a 3D pen: a full-sized replica of the new Qashqai Black Edition to celebrate the crossover’s launch. 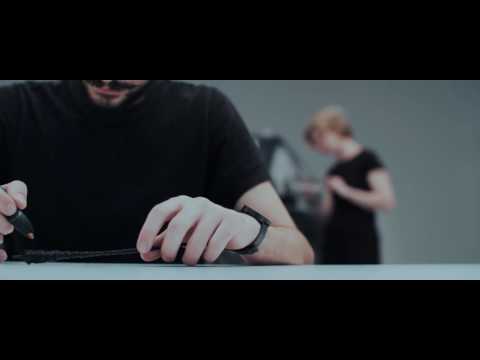 Working with a team of assistants, Du Prez guided her 3D pen-wielding team from wheels to roof to create the stunning wireframe sculpture. In total, nearly 8.5 miles of filament was used:

Check out the rest of Du Prez’s work –– or commission her to create your own sculpture –– over at her website.