Skanect is the Newest in New Power Scanning Via Kinect

No, it’s not a new band bringing back the horn-infused, Caribbean-upbeat swing. It’s a scanner to bring you and your environment into 3d space on the cheap. Manctl has released version 1.0 and a subsequent 1.1 version of Skanect, a new scanning software that turns your Xbox or Windows Kinect scanner into and 3d-tracing tool of mesh-making bliss, proving what looks to provide a quicker set-up and easier-to-use user interface than other software currently available. Here’s a look.

Skanect hops into a very busy 3D-scanning scene. Producers of Kinect-scanning software have been increasing over the past year changing the Kinect-scanning tech from something uniquely different into an option for anyone with the console top device. Skanect actually launched an free early version of their software last year. Along with that news, we saw ReconstructMe hit beta then launch a product and SDK ($200 or free for non-commercial use). Then there’s SCENECT, a free scanning software from haptic manufacturer FARO. On the higher-priced side, there’s Artec, who introduced Kinect support with Artec Studio 9.0 lat October ($655 and free to try). Microsoft even announced their own 3D Scanning/Modeling with Kinect initiative with the Kinect Fusion research project. And then there are companies like Matterport who have slipped the surely bonds of the Kinect device and created their own software and scanning device.

Manctl is differentiating Skanect with a price point at $130 (99€) with one year of upgrades and features including color and depth recording, export to Sculpteo print service, export to Sketchfab model sharing platform and driver options for Xbox, Windows and Asus/Primesense devices. 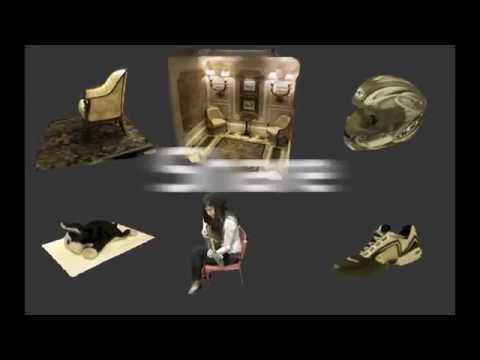 Personally, I’m ready for 3D modeling with my hands (that was TWO YEARS AGO), but until then, let’s expect more scanning technology to make its way into the laser-emitting limelight with a fair amount of certainty that it’s going to be part of what turns the tide for larger adoption of 3D printers.