It’s been nearly four years since WobbleWorks LLC. screamed onto the scene via Kickstarter and blew everybody away with the 3Doodler –– AKA “The World’s First 3D Printing Pen” –– to the tune of $2.3 million. Since then, the small company has maintained a small but loyal following of artists and retailers including the reputable MoMA Store.

And while the original pen has seen numerous iterations over the past few years including the 3Doodler 2.0, the 3Doodler Create and the 3Doodler Start, its potential as a serious design tool never took off. Instead, the tool has remained more or less a modern toy for young creatives.

Introduced today, the 3Doodler PRO is the latest iteration of the 3D printing pen that is aimed at more experienced users and wants to be taken more seriously as a functional prototyping tool: 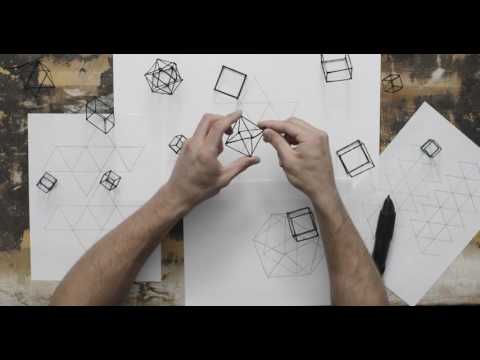 Designed with professionals in mind from the ground up, this “professional-grade 3D printing pen” is capable of taking on a wide range of materials and applications geared towards architects, engineers, designers, artists and other creative professionals looking for freeform 3D printing capabilities. Among others, these materials include metal, wood, nylon and polycarbonate. Previously, the original 3Doodler pens were only capable of processing PLA, ABS, and FLEXY plastic filaments.

“What really makes the PRO so unique is how the device and materials come together to answer the needs of professionals,” says 3Doodler CEO and Co-founder Maxwell Bogue. “When we started the 3Doodler journey back in 2013, we had world-leading architects telling us ‘I want to do this’. With new materials like polycarbonate that dream is a reality. The high-performance PRO can be used for the most advanced purposes to bring concepts to life, and become an integral part of the creative process.”

Perhaps the biggest difference –– aside from the sleek carbon-fiber shell –– between this and other 3Doodlers, however, is the ability to fine-tune the pen’s speed and temperature settings including the ability to control a built-in fan that controls how quickly materials cool.

Of course, nothing will replace the precision of a standalone 3D printer where prototyping is concerned, but having more tools in the toolbox has never really been a bad thing –– and this just looks like it would be a heck of a lot of fun, regardless.

The 3Doodler PRO can be purchased starting today for $250 over at the 3Doodler Store.

Friday Smackdown: Inside the Outside Box