If disassembling an object and having to reassemble it back into its original state is something that makes your knees buckle with nervousness, 9 times out of 10 you’re probably not a watchmaker.

Known for their still hands and ability to organize hundreds of tiny pieces, there’s a reason why some watchmakers can earn just as much as doctors: it requires incredible skill and dedication to craft.

While there have been various factory tour videos that we’ve seen, few have highlighted the process of an individual watchmaker taking apart a complex Rolex Submariner diving watch and reassembling it in one sitting.

The Submariner, which was first revealed to the public in 1953, was designed as an “accessible” (well, if you could afford one) diving watch for both professional divers and hobbyists. To make the watch even more “accessible“, Rolex developed non-chronometer versions of the Submariner that, at the time, were based off of two weeks’ pay based on an average salary.

Known as one of the most instantly recognizable watches ever made, the Submariner gained credibility after it was adopted by the British Ministry of Defense and deep-sea diving contractor COMEX.

In this video released by Britain’s Watchfinder & Co., it becomes clear why watches with hundreds of highly-detailed machined tiny parts are capable of demanding prices in the tens of thousands of dollars:

“Inside the Rolex Submariner lies the calibre 3135, a celebrated movement renowned among enthusiasts for its accuracy and reliability. This video demonstrates the skills required for watch servicing, as well as showcasing the intricacies of Rolex’s famous mechanical movement.” 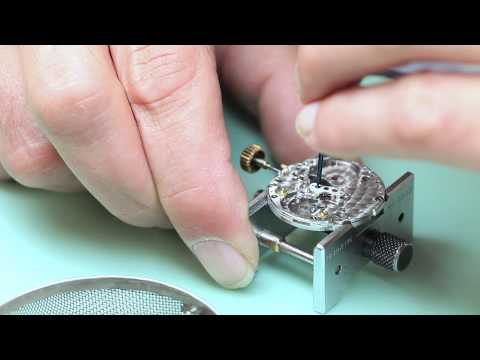 The video is a part of Watchfinder & Co.’s Masterclass video series. You can check out the rest of their series over at their site.

Shower like an Astronaut with Space-Inspired Shower System Design