Industrial Design Process: How to Finish Your Models with CMF Studies

Continuing work on his cellphone charger prototype, industrial designer Eric Strebel takes this opportunity to show how he completes his designs with a bit of high gloss finish. 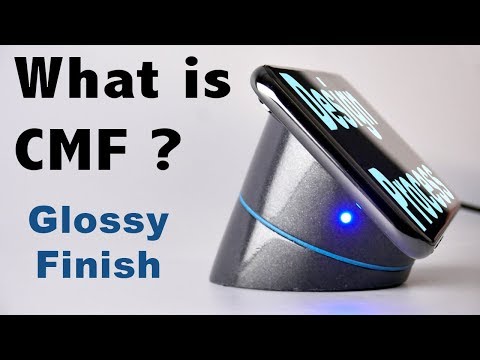 During this process, Strebel takes the time to experiment with different colored primers (in this case dark gray) to see which one looks best. He eventually goes back to using a light gray primer, but this is to help with the glossy finish for the final product.

He also 3D prints a small ring which he places in between the two main parts of the charger. This is to let the user know these parts can actually rotate to allow the phone to be charged either horizontally or vertically.

To help with the coloring process, he takes a photo of the charger and uploads it to Photoshop. This allows him to try out a wider variety of colors for both the rotating parts and the ring without having to waste so much paint just to end up with a tacky color scheme.

He creates a number of different colored samples for the 3D printed ring and finishes the final coating of primer on the top and bottom halves of the charger. He also makes some sample panels to show how the charger will look like when painted under certain colors.

Strebel also 3D prints a template for a sticky ring which he adds on top of the top portion of the charger. Putting this bad boy on allows it to keep any smartphone in place while it’s charging.

With his two pieces sanded and coated in primer, Strebel wipes them down with some wax and grease remover to get them ready for painting. He sprays several light coats of dark gray paint, letting each coat dry before applying the next one.

Now for the dangerous part: he takes some automotive primer and mixes it in a plastic cup. This deadly concoction is what he sprays on the prototype to give it a deadly but glossy finish.

Using an HVLP gun, he lightly sprays the prototype with two layers of urethane. Take note he does this in a spray booth, as the gun tends to overspray and leaves a lot of excess urethane all over the surroundings.

Once it’s finished, you can see how different spraying something with urethane differs from using a normal spray can. The former is a lot glossier and looks more like the surface of a car while the later looks like poor graffiti you would find in a urinal.

This isn’t a finished product, however. Strebel states the charger needs some adjustments in order for it to charge a phone vertically. The LEDs and electronics would be better on the bottom half of the charger so as to not move when the prototype is rotated. Other than this minor detail, the prototype looks and works just as intended: a glossy minimalist phone charger which even a millennial wouldn’t mind being caught using.

As with all his design works, you can find more of Eric Strebel’s projects over on his YouTube channel.