When working on a project for a client, designer Eric Strebel likes to help out his fellow man by dropping some of his own modelling tips and tricks along the way. He’s already showed us how to create casting boxes, approximately a hundred cast parts from scratch, and his personal process for low volume manufacturing. This time around, Strebel is working with something a little closer to home.

Bondo is a material almost any car nut or wannabe repairman will be familiar with. Released as a brand of polyester body fillers under the 3M conglomerate, most folks use this sticky putty as a universal answer to their house or car’s injuries. While these were the initial reasons Robert Merton Spink created Bondo to replace more toxic lead-based fillers, Strebel gives a great introduction from a designer’s perspective on how to get the most out of this indispensable body filler. 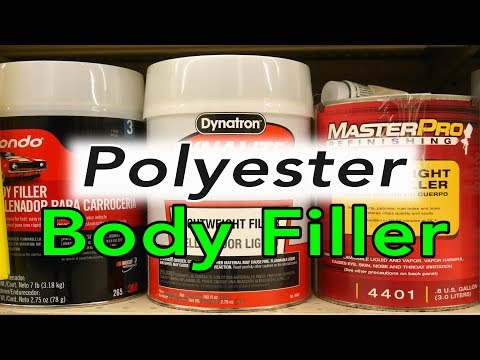 After mixing the fiberglass resin and liquid hardener, he demonstrates a few ways Bondo can be applied to solve everyday hardware problems:

As the pitch for the product already says, Bondo makes for a pretty amazing filler. Because of the putty’s thickness, it can support its weight without dripping. Strebel demonstrates this by covering the ends of a small copper pipe and a PVC pipe. He then puts the later on a sheet of wax paper to prevent the Bondo from sticking to another surface while it dries.

For modeling purposes, Bondo’s density lets it stick well to pieces of wood, foam, and carbon fiber. These materials aren’t affected by the polyester resin, so they allow the Bondo to be applied without surface deterioration.

This may sound like a bit of a downer, but Bondo does not stick to polystyrene. Further, the resin also breaks down the material and eventually melts the polystyrene.

While you usually wouldn’t use Bondo on things like Styrofoam cups, they make for a good agent in applying the Bondo on other materials such as large car parts or boat hulls. In fact, some grease monkeys apply Bondo to the bottom of Styrofoam cups before applying it to various car parts.

This is the first in a three-part series Strebel has planned for his Bondo bonanza. The following videos will focus on using Bondo to fill in builds, smoothen edges, and how it can help in the model building process—something that some of you industrial designers are likely very familiar with already.

In the meantime, find more of Strebel’s design goodness over on his YouTube channel.