Get that Warm Vinyl Sound with this DIY Record Cutterhead

They say vinyl produces the best sounding reproduction of music. It’s a big debate that seems to run in circles again and again. Get it?

Well we can settle one question I’ve always had: I can burn a CD, and I can make a tape. But why can’t I make my own Vinyl records? Well look no farther than Todd Mariana’s DIY Cutterhead, with which you too can become your very own Columbia or Motown.

Interestingly, this isn’t just 3D Printing to replace something that can be injection molded.

Mariana owns and operates his own Vinyl cutting service for 21 years called Deep Groove Mastering and noted that finding cutter heads are not easy. He says, “The cutterhead I use to do professional vinyl mastering costs $10K if you can even find one. There is a real shortage of this critical piece in the market. No one has made a true professional cutterhead since the early 1980’s. So, it is the right time, and this is the right medium.”

Although 3D Printed Vinyl records have been tried, it hasn’t cut it like the real thing. The best part about this project is that it goes to show how 3D Printing makes it easier for passionate people to make products that wouldn’t make a lick of sense to mass produce.

“I would never have made it this far without my 3d printer (MakerBot Replicator 2). It is my only means of fabrication,” he explained.  “I don’t have access to a metal shop, CNC, metal lathe or mill. That is the main reason why this topic is not fully exposed. Few people have even had the means to try to uncover this information. But, 3d printing has liberated me in this respect.” 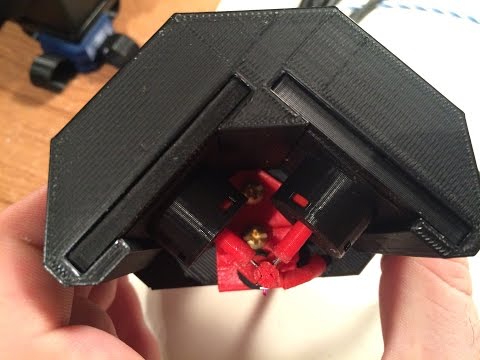 Mariana has a whole set of videos about his Cutterhead, called Project Bladerunner, right here.

I can imagine having a little vinyl cutting space would be a boon to DJs that stick to traditional Vinyl or audiophiles that would like to expand their collection or duplicate existing vinyl. Although, wouldn’t cutting digital tracks onto a Vinyl record defeat the purpose? Mr. Mariana will be selling his Cutterheads soon for $1500 a piece we have been told, which isn’t too bad if you’re the type of person to buy $21,000 audio cables.