Since its big debut on the world stage at this year’s CES in Las Vegas, Chris Elsworthy’s Robox 3D printer and micro-manufacturing platform has been generating a lot of interest in an already-flooded 3D printer market. Yesterday, it was announced that the Kickstarter-backed micro-manufacturing platform is now available to the public for just under $1,550.

The Robox features a proprietary dual-nozzle system that can improve print speeds by up to 300% while the on-board Automatic Material Recognition system features preloaded print profiles for literal plug-and-print capabilities directly out of the box. Additionally, the automatic bed leveling ensures that there is no need to painfully calibrate your print bed every time you need to print something.

After raising nearly $450,000 on Kickstarter, the Robox has not been without its fair share of production challenges. CEL founder Chris Elsworthy has been transparent about the fulfillment hurdles along the way and wrote one of the best (and honest) mini-essays on the challenges of bringing a product to market that we’ve seen…which makes the release announcement that much more bittersweet.

“All of CEL’s Kickstarter backers have now had their pledges fulfilled, with the team using feedback from this community of backers to refine the Robox before its launch to the public.” 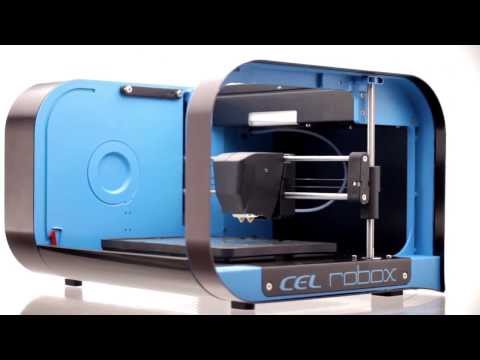 “3D printing has the potential to change the way products are made, bought, and sold,” said Elsworthy in the official press release. “However, the price and complexity of the 3D printers currently on the market means that it has not fulfilled that potential to date. The Robox is affordable, capable, and usable, and that’s why it’s the perfect 3D printer for the small start-ups, artists, architects, inventors, homeowners and especially the students and children out there.”

You can find out more or purchase a Robox for the special introductory price of $1,549 (normally $1,799) over at the Robox official store.

Adobe Inches Closer to Launching Photoshop in the Cloud