It’s one of the most unusual things that Autodesk has ever done – a software company making hardware products – and now you can get your hands on it.

Precise, Sleek and Open-Source, the Ember was created to be a 3D Printer for everyone so anyone can easily physicalize models via Autodesk’s very own Spark Platform and experiment with new materials. As of today, you can buy the Ember for $5995 and expect to receive it within four weeks within the US and Canada and within Europe by April.

To be honest, the specs are a big yawn and the cost makes one cringe. With a build volume of 64 mm x 40 mm x 134 mm, it is an eighth of the build volume of Formlabs’ $3299 Form 1+. It has the same resolution (25 microns) and roughly the same speeds, with Form 1+ clocking in at 10 to 30 mm/hr and the Ember running at 15mm/hr. With the Ember and any other SLA machine, one can cast in metal for jewelry, tools, artwork, components, etc.

There have been a few reviews of the Ember. Made Solid were happy with it, going on record “We have seen many 3D printers here at MadeSolid, even built a few of our own, and we are impressed with the precision and fidelity of their printer.”

But the Form 1+ has great reviews too, collecting four stars on PCMag and Tom’s Guide. So what’s the difference? 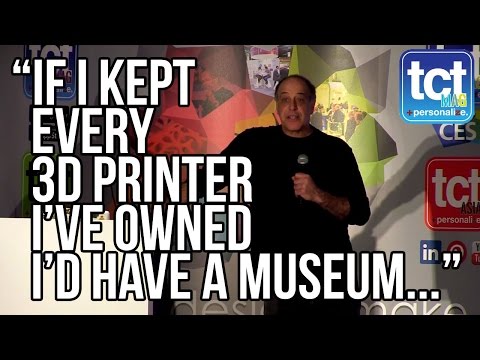 It’s Man bites Dog. Imagine the Dassault CNC machine – that would be one to watch! I think the other fact is that this is a major corporation encouraging others to develop their own materials. I don’t see Carl Bass emailing us the CAD files and BOM for it, but I’ll bet he wouldn’t mind others selling materials for it. That is a welcome change from someone like 3D Systems busting out the blades-and-razor model for their entire product line.

The future is open – it’s refreshing to see the Big Guys taking it seriously.

Apple Reportedly Going after the Self-Driving Car next…is This Why They Hired Newson?