Weeks-long isolation brings out the creative juices in us all, but for Japanese Twitter user and cardboard enthusiast koshiyoda, she’s using her powers for one of the most important people in her life: her son.

After seeing his older brother (who is in junior high school) take part in an online class using his laptop, the young boy went to his mom and asked for a computer of his very own. Now, seeing as a real laptop would be a bit costly, koshiyoda opted to MAKE her son a laptop… from cardboard.

But if you thought it was a glue and corrugated paper mess, you’re in for a lil’ bit of a surprise. Though she doesn’t provide a lot of details about how she made it, she provides a lot of images of the highly detailed, yet simple completion that may serve as some inspiration for your own papercraft laptop.

According to IT Media, koshiyoda made the laptop over the course of five days and worked a grand total of four hours. Using corrugated boards of varying thickness (3 mm, 1.5 mm, and 0.9 mm boards, to be exact), she made sure each part looks just like the real deal.

For the cardboard MacBook screen, she added a slit on the side which allows a sheet of paper to be added, so her son can draw directly on the screen. Once he finishes a masterpiece, he can simply slide the paper out and fit the screen with a clean sheet.

Instead of an Apple logo, koshiyoda added her own, and may we say classier, strawberry logo design.

The details of this cardboard laptop really lie in the bottom half, where the keyboard and the touchpad are found. Koshiyoda cut and glued individual cardboard keypads to give it an accurate look and feel.

Speaking of the keys, just look at how each one was carefully measured, cut, and glued onto the body. Heck, even both the English and Japanese characters on the keys were painstakingly handwritten. It just goes to show how much love and care koshiyoda put into something simple her son will cherish.

You can find more of koshiyoda’s cardboard works on Twitter and on her blog. 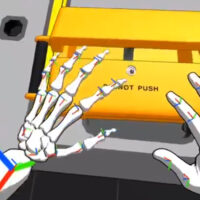 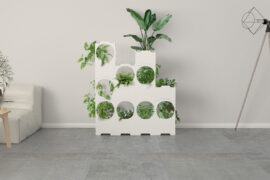 This Vertical Modular Planter Design Give You More Room to Grow 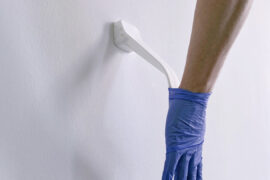 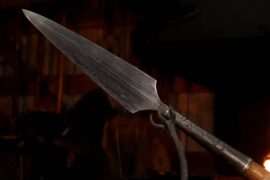