My eyes light up at anything with a sleek design, so you can bet they were as wide as golf balls when I saw that square tube knife by YouTube knife maker Koss: 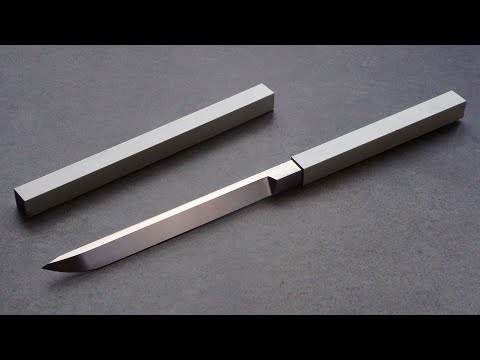 Koss used 01 high carbon alloy steel (non-shrinking steel which hardens in oil) for the blade of his project. He started shaping it by cutting out a rectangle-shaped piece and using his belt sander to cut out the knife edge.

Interestingly, he used the natural shape of the metal as a guide to making the knife. One edge of the rectangle was given a blade curve, while the opposite edge became the spine. The other two edges were filed down using the belt sander to thin the knife blade.

Hiding With a Handle

To make the square tube knife look inconspicuous, Koss tried to make the exterior as ordinary as possible. He did this by using a piece of aluminum tube for the handle and the sheath. He must have taken the tube’s measurements into account before cutting the high carbon alloy steel because the tubes fit his knife perfectly.

He added a couple of Micarta caps to cover the open sides of the tubes before filling the handle with adhesive. Koss popped in the knife, making it both functional and beautiful.

Sadly, Koss wasn’t able to show off the cutting capabilities of his square tube knife. Nonetheless, it would undoubtedly work for general cutting purposes. If it fails to do so, a grindstone will quickly make the blade just as sharp as any.

On the other hand, it is hard to deny that the knife is indeed sleek, and those symmetrical edges on the handle make you want to fidget with it. That being said, this is definitely a knife worth keeping on your person! 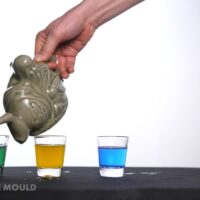 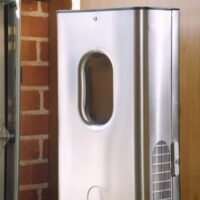 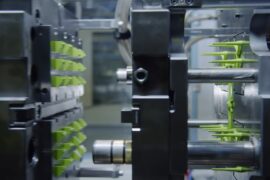 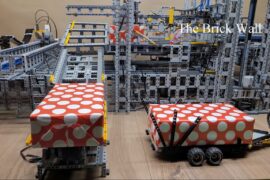 Have a Look at This LEGO Technic Gift Wrapping Factory