In a recent TEDYouth talk, Tom Chi (Head of Special Projects at Google) spoke to wide-eyed young’uns about the process and theory behind developing a product experience for Google that overlays digital information and images onto the physical world.

“Doing is the best kind of thinking….they teach you to think in school, but I think it’s a little overrated.”

In his ‘Rapid Prototyping Google Glass’ talk, Tom particularly discusses how his Google Glass product development team sped up their process of creation and how they designed the concept in one day. While ‘rapid prototyping’ might get some people confused with 3D printing—the underlying idea is that Tom and his team sped up their thinking process by using random objects and real world experience to use ‘whatever worked’…ultimately ending up with visual projection prototypes in just 45 short minutes and a final HUD in that same day. The team also sped through UX scenarios to weed out unnecessary components: 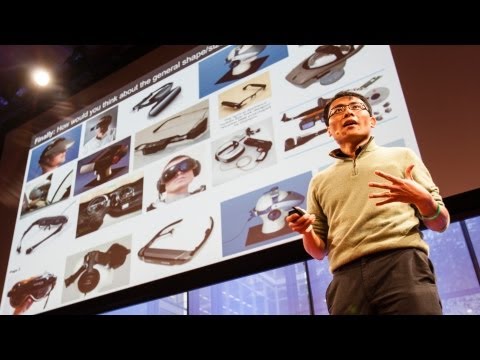 By using a small scale to accurately weigh out chunks of clay that weighed the same amount as the electrical components that would be used in the finished product, Tom and his team were able to wear weighted models and determine which prototypes felt comfortable resting on the ears and nose…leading to the Google Glass concept we see today: