Comedian Lewis Black once said that the problem with Treadmills was that ‘it seems to me when you’re running and you’re done, you should be somewhere else.’ Well now we have a solution…and it comes in the form of the Treadmill bike.

From a distance, onlookers appear to see someone slowly moonwalking forward, traveling rapidly at high speeds. Although outwardly unusual, this unusual combination is now turning into viable niche products that you can buy today.

The original Treadmill Bike was created by Canadian firm Bicycle Forest, which used a simple treadmill to directly power the rear wheel via a chain. The concept video advertises that you can even take it on the bus (haha … no) and the design seemed to suffer from a poor power-to-travel ratio. In other words, you could beat this thing just by walking to a given destination all by yourself.

Here’s a 5-minute breakdown of the evolution of the unusual treadmill bicycle.

As this video shows it, it’s outwardly cool but is missing the critical ‘is this any better than the alternatives’. Heck, even the Design critics at Maxim hated it, calling it possibly one of the worst bikes ever. The big problem is getting your speed up to the point at which you can stay stable. From the looks of it, there is no low speed gears so that one could up the torque to reasonable levels before gaining enough speed. 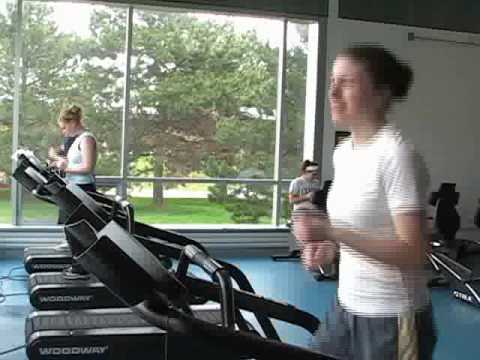 Never the ones to let a strange idea sit idle, Dutch company Lopifit created the ‘Walking Bicycle’, following roughly the same concept, but includes a small 250 W motor to assist propulsion. Unlike the original, one can merely walk rather than jog to get some speed, and the motor seems to resolve the torque problem seen before. The overall look and feel appears to be comfortable, although you have to ask, “Is it really just an electric bike?” Not as much energy can be transferred via treadmills in comparison to your standard crank and pedal methods. 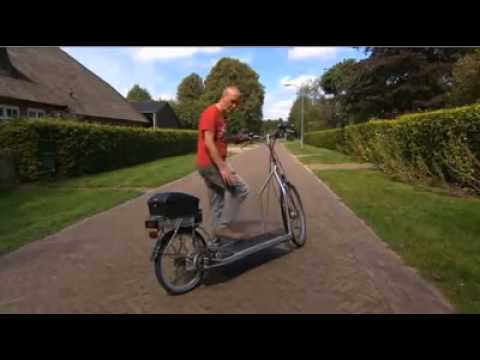 One middle-ground solution has been the ElliptiGo, which combines your basic elliptical with two wheels. With no motors and a more reasonable $1800 price tag, the ElliptiGo moves as quickly as a bike. The advantage, as the company claims, is that the user’s posture is improved and thus one can exercise more completely and avoid ‘the discomfort of more conventional bicycle seats.’.

Hey, I didn’t buy a monogrammed patent leather bicycle seat for my fixie just to throw it away!

ElliptiGo claims, and probably quite correctly, that their propulsion method better controls the rider’s movements to efficiently convert it into forward motion. The key problem is that the frontal area increase drag, which requires 33% more energy for equivalent motion vs. a bike. Their website notes, “The upright riding position of the ElliptiGO has a much greater frontal area when compared to the more aerodynamic hunched over position of cycling thus resulting in a higher effort for the same speed.”. The target user for ElliptiGo is your average runner, as they would want to exercise all parts of their legs and avoid injury, and yet, be there in the end. 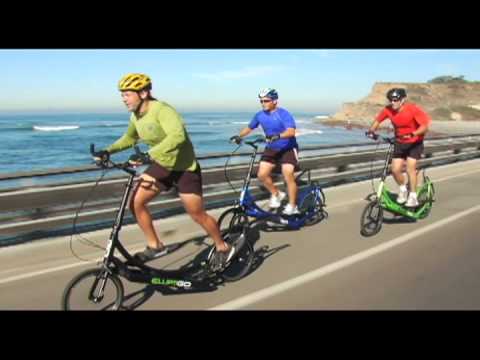 Are you happy yet, Lewis?