Despite having hundreds – if not, thousands – of significant and innovative changes happen underneath the hood over the past five decades, the distinctive silhouette of the Porsche 911 has largely remained the same.

Regardless, the teardrop-shaped 911 still sits at the top of the list for car aficionados and noobs alike for its timeless mystique and accessible simplicity.

More recently, the car nuts over at Donut Media put together an impressive animation that packs fifty years worth of Porsche industrial design into less than 90 seconds.

“The evolution of the Porsche 911 has a rich history filled with innovation and has undergone continuous development though the basic concept has changed very little since its inception,” explain the animators. “Ultimately, the 911 was named one of the best cars of the 20th century, standing the test of time and turning heads in the process.” 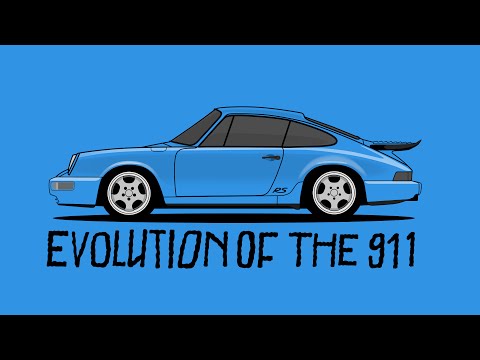