In what is likely going to be a more commonplace business strategy for some hardware developers, Valve, creators of the popular Steam gaming platform, have released the mechanical CAD geometry for their popular $49.99 Steam Controller.

Under Creative Commons licensing, the geometry for all of the externally visible parts is free to download in a variety of CAD file formats for users to mod the controller or create custom accessories. Included in the ZIP are files in the most common CAD formats as well as STL files for users to 3D print their own custom housings.

“The archive contains several eDrawings viewer files: from Creo Express and native modeling to neutral exchange and 3D print files – for compatibility with a wide variety of your design tools.”

Earlier this year, master modder Ben Heck recently took the controller for a spin and took on the challenge of “designing a controller that would convince PC gamers to switch to console gaming.”: 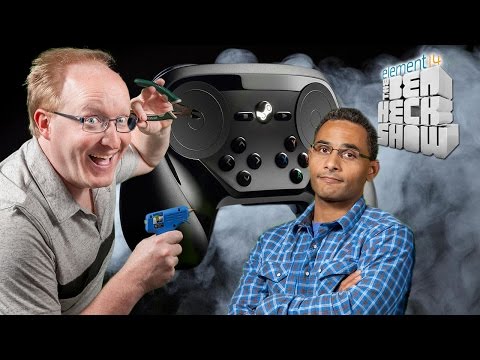 Whether or not you use the platform – or even play video games for that matter – it’s hard to argue that this is a pretty cool move on Valve’s part.