While it’s common knowledge that crowdfunding has changed how products are brought to market, the process of going from grassroots Kickstarter campaign to viral success has also introduced entirely new challenges for ensuring that supply chains and vendors are capable of meeting necessary manufacturing requirements that thousands of eager backers – and not to mention the project creator – are dependent on for getting their new purchases in a timely manner. Needless to say, just because a project might have raised $200,000 of an original project goal of $50,000, it may take twice that amount to bring the product to market when all is said and done.

Take for example the recent success of the Pebble Time watch from Pebble Technologies. Although the company had previous success with crowdfunding for their original Pebble smartwatch, they probably weren’t expecting to break every Kickstarter record including both meeting the project goal in the shortest amount of time as well as raising the most amount of money for a single campaign, ever. Sure, this is something to celebrate, but it also brings a new set of manufacturing challenges that the company – despite having done an exceptional job with estimations and planning – may not have planned. Even Apple – the god of bending manufacturing and supply chains to their will – has ran into a countless amount of snags with bringing their Apple Watch to market.

Miller and his colleagues created Dragon Innovation as an engineering consultancy service for helping entrepreneurs successfully navigate the oft-unpredictable waters of fulfilling crowdfunding orders and scaling their newly-established hardware companies. 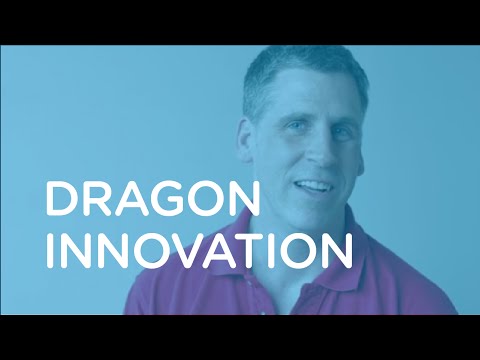 The company has already worked with many well-recognized hardware startups including the aforementioned Pebble Technologies, Coolest Cooler, Sifteo and even 3D printer manufacturer MakerBot.

“You’re either nervous because you have no idea how to manufacture, or terrified because you know how hard it’s going to be.”

The single goal of the company is to help hardware companies (with a focus on early-stage startups) estimate the actual costs of bringing their products to market and perhaps most importantly, ensuring that all supply chain and vendor needs are met to ensure that it stays there long after a successful Kickstarter campaign.

“Dragon helped us take our crowdfunding success and translate it into shipping more than 100,000 Pebbles in just over a year,” said Eric Migicovsky, founder of Pebble Technologies. “They provided critical support on-the-ground in China and sourced excellent suppliers.”

In an effort to help give hardware developers a leg-up before entering the crowdfunding whirlwind, Dragon Innovation has just announced that they will expand their offerings to include a Dragon Certified seal of approval, a program that will ensure that companies have secured actual financial projections before setting a crowdfunding project goal.

The concept is much-needed in a culture where seemingly anybody can create a 3D printed prototype, finish and paint it to look like a sample off of a pre-purchased injection mold, make a video and hope for the best.

For companies looking to be Dragon Certified, the company evaluates an idea by looking at manufacturers, vendors and supply chains that are vital components for bringing the product to market. Subsequently, a development plan is created and a realistic funding goal is determined.

Finally, the Dragon Certified seal of approval can be used to give potential backers the confidence to invest or purchase in the latest wild and crazy Kickstarter idea; the company will supply those who are certified with a badge that can be used on promotional material including the crowdfunding page itself to prove that you’re on track to deliver. Users who click on the embedded badge will be linked back to Dragon Innovation’s certificate page which will explain the process of bringing the product to market.

Hardware developers who are interested in becoming Dragon Certified can head over to Dragon Innovation to find out more about the process.