Historically, within the first week of any iPhone release, those in search of YouTube fame and riches have resorted to hurling their newly-acquired pocket computers towards the ground to perform various forms of “drop tests” (see: here, here, here, and here). Although the phones can be replaced for $50 under an AppleCare plan, the tests are nonetheless cringeworthy for those of us who prefer to keep our phones in our pockets.

If a recent patent filing by Apple is any indication, those who previously have been shattering their phones on sidewalks may soon be strapping on an air tank and performing various phone endurance tests underwater.

The patent, which details a method for waterproofing electronic devices with a ‘self-healing elastomer’ covering the ports, is the latest tidbit in a long conversation about what could be the next ‘big innovation’ for the iPhone. Users of current 6s/6S Plus devices are already reporting that their phones can withstand being submerged in a bowl of water for “hours at a time” – reportedly due to the addition of a rubber gasket around the internal frame of the device and silicone seals around vital components. If Apple did decide to include a self-healing polymer to the port (assuming that they are isolating everything to a single Lightning connection including headphones), it could be the last step for creating a truly waterproof smartphone. 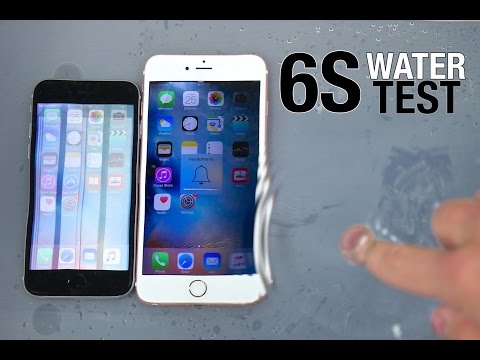 According to the patent:

As always, Apple patents should be taken with a grain of salt since most of the concepts never come to fruition. That said, this is one of the more realistic filings we’ve seen that aligns with legitimate speculations. Our only question now is, “how deep?”