Back in the day, when video game software was all pixelated and had far less storytelling capacity than the games of today, console hardware was somewhat primitive. Instead of connecting to the internet to play with strangers online, you needed to have actual friends to invite to your actual home. And instead of using a wireless controller a mile away from the television screen, a wired controller had you smack dab in front of it.

Technology has come a long way since then, but like any respectable person with a taste for nostalgia will tell you, it’s always good to come back to the classics. Thankfully, the folks at 8BitDo have created mods for several retro game controllers which turn them into rechargeable Bluetooth versions. 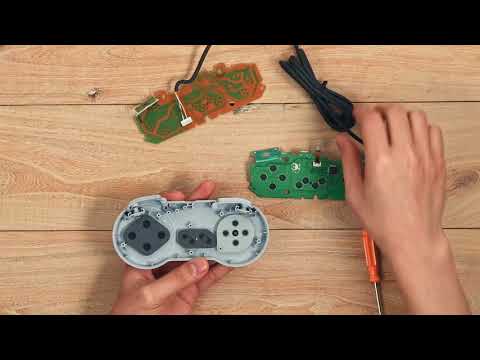 Using their own proprietary component, 8BitDo has created a series of DIY kits which allow you to bring your old controllers into the 21st century: just open your controller up, replace the old circuit board with their new one, and you’re ready to go.

One key component is a little nub on the top which allows users to recharge the controller’s 3.7V 180mAH lithium-ion battery while displaying remaining battery life. A fully-charged battery will enable a user to play for 7 hours straight before requiring a 1-2 hour charge. The nub also doubles as an LED indicator showing what mode your controller is in.

Each of the 8BitDo controller mods will cost you $19.99 and includes the mod kit, a screwdriver, and a USB cable. Considering how priceless the feeling of using the same controller you had as a kid to play Double Dragon a whopping 30 years after the game’s initial release, I’d say it’s a fair trade.

If you’re interested in dusting off your old controllers, 8BitDo’s webpage has all the controller mods as well as extra details.