With so many cool things coming out each week, it can be hard to wade through all the rock-awesomeness. With ‘Cool Tools’, we’ve done the hard work for you.

This week we saw everything from an impressive restoration of a classic Porsche Targa, a vertical record player that’s worthy of a spot in your office, an easy way to create your own collection of custom PEZ dispensers, the ‘Youngest Island on Earth’ and more…

This week we look at:

“This is the first time one of our clients has requested that we restore his Targa rather than his coupé and so we did. We always had hopes that we could get our fingers on a Targa and it’s the first of a few that are coming down the line now…”

“The Floating Record is a high-performance turntable that plays your records vertically through built-in, dynamic, full-range stereo speakers (or via RCA line out). We reimagined turntable technology that uses audiophile-grade materials and components. The result is a visually and mechanically sound way to experience vinyl music.”

“The more you train with Elevate, the more you’ll improve critical cognitive skills that are proven to boost productivity, earning power, and self-confidence. Users who train at least 3 times per week have reported dramatic gains and increased confidence.”

“Capture color and light to create custom Look filters for Adobe Premiere Pro CC, Premiere Clip, and Adobe After Effects CC. Enhance the appearance of your videos, and see where the mood takes you.”

“We all remember PEZ. As a child of the 90’s, these candy dispensers were gifted to me quite frequently growing up. While I’ve always had a bit of a sweet tooth, the PEZ dispenser was always more enjoyable than the candy itself. I loved collecting my favorite cartoon characters and comparing my dispensers with ones belonging to friends…”

“This is a 1979 Bang & Olufsen Becord 1500 cassette recorder that I’ve converted into a standalone Raspberry Pi internet radio. The analogue VU meters are driven by the Pi via a DAC (Digital to Analogue Converter) circuit, with the current time, station and track displayed on an Adafruit negative RGB display, visible through what was originally the cassette window. It’s completely controlled with the original buttons, and the amplification is provided by a re-used TV soundbar, which is built into the front of the case.”

“Can watch at these ocean creatures endlessly. It’s like a live cosmos, unbelievable smooth moves, eternity and meditation. No single VFX used, this is magical nature.” 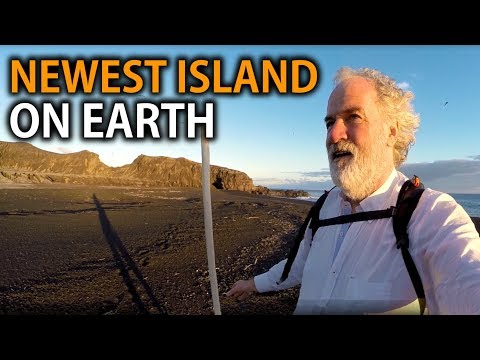 “Ian Argus Stuart spent 11 nights completely alone on Hunga Tonga, a new island emerged 5 months ago in the middle of the ocean.
This 65 year old voluntary castaway has been the first human to sleep on this piece of land that very soon will disappear back into the ocean (according to experts). He managed to survive from nature with extremely limited resources. His diet was mainly comprised of seagull eggs and squid.”

And there you have it!

Send your cool tool finds to smoth@www.solidsmack.com, sign up for our newsletter there in the sidebar or ask us a question in the comments or via email about diy, design, tech or anything else. Smoth would love to help.