Do you remember way back in 2010, when SolidWorks was going to be available anytime, anywhere? Well, that’s finally happening… maybe, kinda. On September 22nd, at the SolidWorks 2016 Launch Event in Boston, Gian Paolo Bassi demonstrated what he called ‘SolidWorks Online Edition’, his ‘favorite feature,’ being the one that puts the 300 innovations in SolidWorks ‘on your fingertips, in one way, very cheaply, and very quickly.’

Immediately, we knew the technology behind SolidWorks Online Edition was Frame, the platform for running any software in a web browser, officially launched in July 2015. However, no mention of or reference to Frame was made. We asked SolidWorks afterwards if it was in fact running on Frame, but they were ‘not disclosing’ the technology yet as there were many components making it possible. Fortunately, Frame posted a video to their Youtube channel titled SOLIDWORKS 2016 Online Edition — Powered by Frame–a video of Gian Paolo presenting SolidWorks Online Edition during the launch. 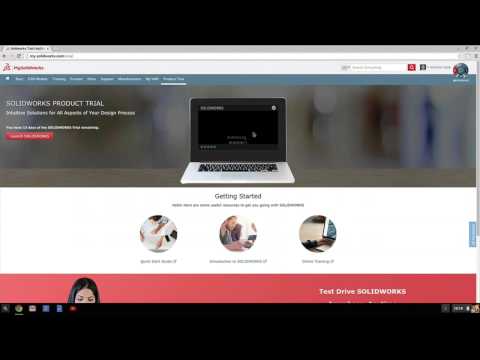 The ‘Product Trial’ option seen in the video currently isn’t visible on the my.solidworks portal menu, but you can access the page at http://my.solidworks.com/eval. However, it’s not as simple as logging in and modeling a new part. You’ll need to request a trial.

Here’s the thing though. If you already own SolidWorks, you can use it in a browser using Frame, RIGHT NOW. Of course, it will cost you $9.99 per month on the low end. SolidWorks say their Online Edition isn’t priced quite yet, and is currently only being used for product evaluation. The logical progression though, based on Gian Paolo’s presentation and evident excitement, is that owners of SolidWorks would get SolidWorks Online Edition free of charge. That thought right there gives us that impending Dassault Systemes acqusition itch.